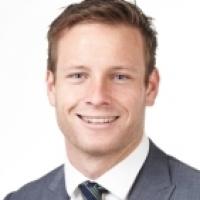 Awards and honours
He was named the Best Goalkeeper at the 2016 National Para-Football Seven-a-Side Championships in Glenwood, NSW, Australia. (footballaustralia.com.au, 30 Oct 2016)

He received the 2011 Breakthrough Athlete of the Year Award from Wheelchair Sports Western Australia. (goalkeepercentre.com.au, 07 Mar 2012)
Other sports
He played as a goalkeeper for the Australia para-football seven-a-side team at the 2015 World Championships in Burton-on-Trent, England. He has also participated in wheelchair basketball at U23 national level. (cp2015.com, 16 Jun 2015; paralympic.footballaustralia.com.au, 26 Jun 2015)
Impairment
He has cerebral palsy which mainly affects his legs. (qldathletics.org.au, 07 Mar 2015)
Other information
OTHER STUDIES
In 2014 he achieved a master's degree in communications and public relations management from Edith Cowan University in Perth, NSW, Australia. (LinkedIn profile, 01 Jul 2015)