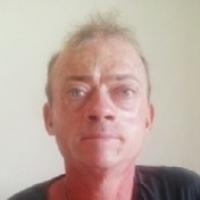 When and where did you begin this sport?
He began shooting in 2010.
Why this sport?
His friends encouraged him to get involved in shooting and he was then inspired to pursue the sport after watching Australian Para athlete Rheed McCracken winning medals at the 2012 Paralympic Games in London. "They [his friends] nagged me and nagged me to come and try and, eventually after a month, I gave in and went out to the range with them. I was instantly hooked. When I watched Rheed at the 2012 Paralympics, that's when I thought if a 15-year-old kid can go all around the world and do what he's doing, I need to man up a bit and have a go at this. That's when the penny dropped."
Club / Team
Bundaberg Pistol Club [AUS] / Childers Rifle and Pistol Club [AUS]:
Training Regime
"My training involves a lot of dry fire holding exercises and I am working on a lot more visualisation to remember the shooting of shooting."

Nicknames
Chris, Pitty (Facebook profile, 16 Jan 2017)
Hobbies
Muscle cars, fishing. (Facebook profile, 16 Jan 2017)
Memorable sporting achievement
Competing at the 2016 Paralympic Games in Rio de Janeiro. (shootingaustralia.org, 03 Sep 2020)
Hero / Idol
Australian shooting Para sport athletes Ashley Adams and Elizabeth Kosmala. (paralympic.org.au, 01 Oct 2016)
Sporting philosophy / motto
"The concentration and the focus is absolutely ridiculous with shooting, it is 90% mental and 10% physical. If you think of the wrong thing for even a millisecond, that is enough to spoil your next shot and if you are the type of person who gets in your head too much, it can be detrimental to the result." (bundabergnow.com, 01 Mar 2020)
Awards and honours
In 2016 and 2017 he was named Para Shooter of the Year by Shooting Australia. (shootingaustralia.org, 2018)
Ambitions
To reach the final at the 2020 Paralympic Games in Tokyo. (bundabergnow.com, 24 Jul 2021)
Impairment
At age 10 he developed dermatomyositis, a rare disease that causes muscle inflammation and skin rash. It resulted in him losing the use of his legs at age 12. (paralympic.org.au, 01 Jan 2020; news-mail.com.au, 28 Jul 2011)
Other information
TONGUE CANCER
In late 2020 he was diagnosed with tongue cancer and required to have surgery. "The end of last year [speaking in 2021] I was diagnosed with tongue cancer and had to have 14 hours of surgery, half my tongue removed and they did a graph to my leg and put that in. I then had to go through six weeks of radiation which finished at the end of January [2021], so between not having competitions and undergoing surgery it has been a big year. I was that weak when I got out that I couldn't even hold a pistol let alone shoot it. One of my strong motivations to beat the cancer was the thought of being able to compete again as part of the Paralympian team in Tokyo." (bundabergnow.com, 24 Jul 2021; bundabergtoday.com.au, 23 Jul 2021)

RIO EXPERIENCE
After making his Paralympic debut at the 2016 Games in Rio de Janeiro, he decided to take a brief break from the sport following the Games. He returned to training in January 2017. "Rio was an awesome experience. Straight away I decided I'll have another go at this. I thought it was unbelievable, especially going into that stadium for the opening ceremony. The hair on the back of my neck stood up. I'll never forget that one. Competing at my first Games at that stage of my life is a pretty good achievement. After Rio, I decided to spend more time fishing with my brother. I also had a friend from Poland come over and we spent New Year's on the Gold Coast and did skydiving." (shootingaustralia.org, 03 Sep 2020; seniorsnews.com.au, 16 Feb 2017, 12 Sep 2016)

EARLY DAYS
During a competition in 2012, Australian pistol shooter Peter Heuke told him that he could go further with the sport. After this, Pitt sold his fishing boat to fund his attempt to make a career in shooting Para sport. "He [Heuke] took me out the back of the range and said, 'Do you know what you have just done?' I said, 'I shot a pretty good score I think'. He said, 'You don't realise that you have just opened up a whole world of possibility'. I said, 'What are you talking about?'. He said, 'That's a very competitive score and you have the ability to go as far as you want'. Then I started to think and started to investigate scores at World Cups, and I thought I can do this, but I can't afford to do the domestic travels - the competitions I had to do. So, I chewed on it for nearly nine months and I decided to have a go. So, I sold my little tinny [aluminium boat]. I got four grand for it. It got me two trips to Sydney and a case of ammo." (shootingaustralia.org, 03 Sep 2020)

TRAVELLING
He says the long-distance travel aspect of the sport is challenging for him, but that with experience he has become more accustomed to it. "Without shooting, I would have been lucky to actually leave the state. Shooting has opened up a whole world to me. I think about it all the time what it has given me. I still dislike the long-distance travel, but I now know what to expect and I tolerate it a lot more. It is very tiring and uncomfortable." (shootingaustralia.org, 03 Sep 2020)