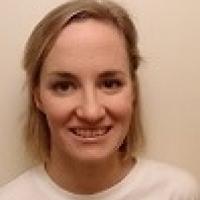 When and where did you begin this sport?
She developed an interest in swimming at age six when she moved to Dubai, United Arab Emirates, and went on to compete at four Paralympic Games in the sport. She switched to Para triathlon in 2017.
Why this sport?
She was involved in athletics and swimming in her youth, and at age 15 she decided she had more potential in swimming than in running. She took up Para triathlon after taking time away from sport following the 2016 Paralympic Games in Rio de Janeiro. "I had always wanted to give triathlon a go, so I was incredibly excited when it made its Paralympic debut in Rio 2016. After Rio, I had my swim funding cut, which was a really tough pill to swallow and hard to comprehend. I took a few months out to decide what I really wanted to do now - did I want to carry on as a swimmer and support myself, try triathlon or go into the real world and get a real job? I realised I really wanted a new challenge and to step outside my comfort zone, so I decided I would love to see how far I could get in triathlon."
Name of coach
Bex Milnes [national], GBR
Training Regime
In early 2021 she was training seven days a week in preparation for the 2020 Paralympic Games.

Hobbies
Travelling, eating out. (paralympics.org.uk, 05 Nov 2020)
Memorable sporting achievement
Competing at the 2012 Paralympic Games in London. (paralympics.org.uk, 05 Nov 2020)
Superstitions / Rituals / Beliefs
She tries to laugh and make jokes before a race to stop herself from feeling nervous. "I know I am relaxed when I am being genuinely me - chatting, laughing, joking and having fun. As soon as I slip away from that and I try to be someone I am not - overly serious and focused - that's when I know the nerves have set in." (lessonsinbadassery.com, 17 Feb 2021)
Sporting philosophy / motto
"When something goes wrong, just get back up and try again." (swimming.org, 2015)
Awards and honours
In 2017 she was named Member of the Most Excellent Order of the British Empire [MBE]. (kidderminstershuttle.co.uk, 25 Feb 2017)

In 2004 she won the BBC Midlands Young Disabled Sports Person of the Year award. She also won the ITV Sporting Midlander of the Year and NPower Young Female Achiever awards in the same year. (skysports.com, 03 Feb 2013)
Other sports
She won eight medals [one gold, three silver, four bronze] competing in swimming at four Paralympic Games between 2004 and 2016. (clairecashmore.com, 01 Sep 2019; thetimes.co.uk, 28 Oct 2017; tri247.com, 29 Sep 2020; SportsDeskOnline, 25 Aug 2021)
Famous relatives
Her partner David Ellis has represented Great Britain in Para triathlon. He won three gold medals at the world championships between 2013 and 2018. (SportsDeskOnline, 24 Oct 2019; Dave Ellis Instagram profile, 14 Sep 2019)
Ambitions
To compete at the 2020 Paralympic Games in Tokyo. (220triathlon.com, 03 Jun 2021)
Impairment
She was born without her left forearm and hand. (lessonsinbadassery.com, 17 Feb 2021)
Other information
SWIMMING TO TRIATHLON
She won her seventh and eighth Paralympic medals in swimming at the 2016 Paralympic Games in Rio de Janeiro. In September 2017 she announced that she would be switching sports to pursue a career in Para triathlon. "I had always wanted to give triathlon a go so when I saw it was making its debut in 2016, I decided I would love to get involved. After Rio 2016, it seemed like the best time to transition into triathlon, to give myself a Paralympic cycle to learn the tricks of the trade. It was a huge leap outside of my comfort zone but it was 100% the right decision. I am now juggling the demands of three sports rather than just one. Time-wise I am probably spending a similar amount of time training, however across the three elements, and it is the variety that I love. I'm not sure how I used to do 20 hours in the pool a week, although I did spend all my time walking around like a zombie." (paralympics.org.uk, 05 Nov 2020; lessonsinbadassery.com, 17 Feb 2021; thetimes.co.uk, 28 Oct 2017; clairecashmore.com, 11 Sep 2017)

COVID-19 IMPACT
During the COVID-19 pandemic she and her partner David Ellis, who is also a British Para triathlete, built a makeshift swimming treadmill in their back garden using a small pool and a bungee cord that they tied around their waists. She believes that the disruption to training caused by the pandemic has affected triathletes less than athletes in many other sports. "In some ways I've enjoyed adapting and changing the sessions, not having to fit within the usual squad timetable. The flexibility of being able to train when it suits, really mixing it up and taking ownership of what I'm doing allows me to learn about how I'm setting up my week and what works best. As triathletes, everything we do racing and training is about being adaptable, it is something we're used to. I'm not saying it's easy, but I think slightly easier than other sports." She says the postponement of the 2020 Paralympic Games allowed her to make progress with running. "Coming from a swimming background, you're not necessarily made for the land, and running is not always the easiest thing on your joints. It has given me the extra time to really build that up, particularly when I wasn't allowed to swim. I also had so much more time and energy for the bike side of things, which has helped push on my performance." (220triathlon.com, 03 Jun 2021; paralympic.org, 18 Jun 2020; triathlon.org, 06 May 2020)

AUTHOR
In June 2021 she released a children's book called 'Splash'. The book is based on her own experiences and tells the story of a girl with an upper limb deficiency who conquers a fear of water. "Something I've always been quite passionate about is disability representation, and the lack of it, and how we can have more role models out there with a disability in the media, in books, all that kind of stuff. So I was like, right. I need rather than to just keep talking about this, I actually need to do something, and try to normalise disability as much as possible by it existing in all areas of life." (harpercollins.co.uk, 10 Jun 2021; times-series.co.uk, 10 Mar 2021)

FURTHER EDUCATION
She has completed a master's degree in leadership and management at Northumbria University in Newcastle upon Tyne, England. (kidderminstershuttle.co.uk, 25 Feb 2017; LinkedIn profile, 28 Jul 2021)