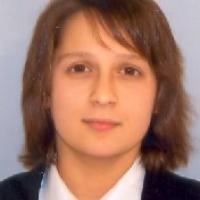 When and where did you begin this sport?
She started swimming around the age of five.
Why this sport?
"I was quite shy and didn't really want to do it. Mum said 'just try it' and I ended up quite liking it. The coach offered me a trial with my local club, Luton, and he had a daughter with a disability so she helped me and it's been good ever since."
Club / Team
Team Luton Swimming Club : Luton, ENG

"Swim all your training sessions to the best of your ability, you won't get it unless you want it."
(BBC Switch, 04 Dec 2007)
Awards and honours
She won the Rising Star prize for the east of Great Britain at the Disability Sports Events Awards in 2007. (bbc.co.uk, 06 Dec 2007)

She received a Junior National Sports Award from the Nationwide Building Society in 2007. (thekingofshavescompany.com, 01 Dec 2007)

She was a BBC Young Sports Personality of the Year finalist in 2007. (BBC Switch, 04 Dec 2007)
Other information
BEIJING RECLASSIFICATION
She was reclassified from five to six just before the start of the second Paralympic trial for the 2008 Games in Beijing. "This change put me out of the running for Beijing and also meant I didn't have any qualification times for the World Class Programme. Although I was upset at being reclassified, it does happen and you just have to get on with it. One major effect was I had to drop two of my best events - the 50m backstroke and the 200m freestyle and instead compete in the 100m backstroke and 400m freestyle. This has meant a major shift in my training and has been a long haul, but it is now starting to pay off." (thekingofshavescompany.com, 01 Feb 2009)