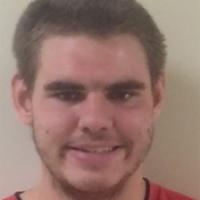 When and where did you begin this sport?
He learned to ski at an early age in Vermont, United States of America, and began racing at age seven.
Why this sport?
His parents loved the sport, so it was natural that he would take it up too.

Hobbies
Golf, mountain biking, hiking. (connor-hogan.com, 01 Mar 2016)
Injuries
In January 2016 he fractured his left ankle after skiing over a stump that was covered in snow. He underwent surgery the following month and was cleared to return to the slopes in August of that year. (Facebook page, 08 Aug 2016; connor-hogan.com, 01 Mar 2016)
Famous relatives
His parents have worked as ski instructors. (foxbororeporter.com, 24 Jul 2014)
Ambitions
To compete at the 2022 Paralympic Winter Games in Beijing. (disabledsportsusa.org, 14 Mar 2018)
Impairment
At age 18 months he was diagnosed with cerebral palsy, caused by an in utero stroke. It affected the frontal lobe of his brain, which led to a reduced range of motion on the right side of his body. (foxbororeporter.com, 23 Apr 2009)