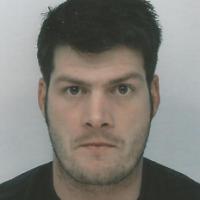 When and where did you begin this sport?
He began track racing in May 2013.
Why this sport?
During his rehabilitation, he found a passion for sport. He first took part in open water swims for charity, then tried sitting volleyball, before he got his running prosthetics. "The feeling of being able to move somewhere with some semblance of speed on that first day felt incredible and there's been no turning back! When I'm running, I feel free. I don't feel disabled, I feel normal, I feel like I used to feel."
Club / Team
Southampton AC: England
Name of coach
Paula Dunn [national], GBR; Roger Keller [personal], from 2015

Awards and honours
He was Great Britain's flag bearer at the opening ceremony of the 2015 World Championships in Doha, Qatar. (paralympic.org, 18 Oct 2015)

He accepted the Helen Rollason Award during the 2014 BBC Sports Personality of the Year Awards on behalf of all the competitors of the 2014 Invictus Games in London, England. (bbc.co.uk, 14 Dec 2014)

He was made a Member of the Order of the British Empire [MBE] in 2014. (telegraph.co.uk, 10 Nov 2014)
Ambitions
To compete at the 2020 Olympic Games in Tokyo. (hampshire-life.co.uk, 27 Mar 2017)
Impairment
In February 2011, while he was serving in the British Army in Afghanistan, he stood on an improvised explosive device [IED] and had to have his right leg amputated above the knee and his left leg amputated through the knee. (davehenson.co.uk, 23 Jul 2015; imperial.ac.uk, 23 Sep 2014)
Other information
ENGINEER
While undertaking a master's degree in biomedical engineering at Imperial College London in England, he designed an implant for people with through-knee amputations that can help regain some of the function lost in the knee joint. In April 2015 he began doctorate [PhD] studies in the same subject, to further develop his research. "The fact is I wouldn't have lived 10 years ago with this type of injury. We only really started seeing double amputees in any great numbers in 2006 and 2007, before that most of us would have died. But that also brings with it new challenges in terms of recovery and rehabilitation, getting us back up and walking competently again. That's ongoing and my work is a small part of it." (imperial.ac.uk, 15 Sep 2016; helpforheroes.org.uk, 27 Jul 2015; davehenson.co.uk, 23 Jul 2015; supportthroughsport.co.uk, 01 Jan 2015)

FURTHER EDUCATION
After finishing high school he studied mechanical engineering at university before joining the Royal Military Academy Sandhurst. After returning from Afghanistan and recovering from his injuries, he completed a master's degree in biomedical engineering at Imperial College London, and started a doctorate [PhD] in 2015. (imperial.ac.uk, 15 Sep 2016; rio.paralympics.org.uk, 09 Aug 2016)