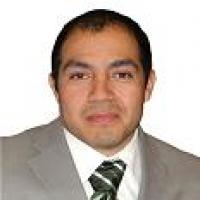 Why this sport?
The rehabilitation he undertook following his accident gave him the motivation to compete. "It was not enough. I started going to the gym, going out to do more exercise and that's how I realised that I could do it."
Name of coach
Lluvia Navarro [daughter]
Training Regime
He trains for seven hours a day, which is split over four sessions.

He received the Jose Maria Luis Mora Honour Medal from the Mexico State Congress in 2016. (lector24.com, 27 Oct 2016)
Ambitions
To win a medal at the 2020 Paralympic Games in Tokyo. (oaxaca.quadratin.com.mx, 18 Feb 2020)
Impairment
He has a spinal cord injury after being attacked and shot in the head at age 22. (adnpolitico.com, 26 Jul 2012; edomex.gob.mx, 12 Sep 2011)
Other information
MAYOR
In 2009 he was voted mayor of the city of Nezahualcoyotl, Mexico, serving in the position until 2012. "I joined politics because athletes and people with an impairment in our country [Mexico] have not had the same opportunities and equality. I wanted to help solve these differences. As a mayor I also supported sport and equality for older people and children." (datanoticias.com, 17 Apr 2019; eluniversaledomex.mx, 19 Jun 2012; jornada.unam.mx, 23 Mar 2009)