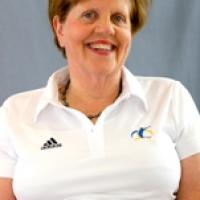 When and where did you begin this sport?
She began competing in the sport in 1970.
Why this sport?
"I began with archery and the person I used to shoot arrows with suggested I go to a rifle range. He had been invited there and I said I didn't want to be a rifle shooter. But I went, tried it and my first shot went through the middle of the target."

Nicknames
Libby (paralympic.org.au, 22 May 2012)
Hobbies
Swimming. (paralympic.org, 07 Jun 2015)
Awards and honours
She received the Tanya Denver Award at the 2016 The Advertiser and Channel 7 Sports Star of the Year Awards in Australia. The award recognises inspirational athletes who have reached an elite sporting level. (adelaidenow.com.au, 17 Nov 2016)

She was Australia's flag bearer at the opening ceremony of the 1996 Paralympic Games in Atlanta. (insideworldparasport.biz, 29 Aug 2011)

She was awarded a Medal of the Order of Australia [OAM] in 1985. (sportingshootermag.com.au, 04 Mar 2013)
Other sports
She competed in athletics and swimming at the 1972 Paralympic Games in Heidelberg. (abc.net.au, 15 Sep 2008)
Famous relatives
Her husband Stan has competed in shooting Para sport. He also won gold in lawn bowls at the 1988 Paralympic Games in Seoul. (paralympic.org.au, 27 Apr 2011)
Impairment
Until her 50s she thought she had spina bifida. However, doctors then told her they believed her paraplegia resulted from complications at birth. (abc.net.au, 15 Sep 2008)
Other information
RETIREMENT
She announced her retirement from competitive shooting after competing at the 2016 Paralympic Games in Rio de Janeiro. (abc.net.au, 07 Oct 2016)

BREAK
She took a nine-month break from the sport to look after her two grandsons after competing at the 2012 Paralympic Games in London. She returned to international competition in March 2014 at the World Cup in Stoke Mandeville, England. "A lot of people cannot believe that a woman in her 70s can still be competing in Olympic or Paralympic Games. But rifle shooting is a sport where if you are still able to hold the rifle without any tremor, and you can still see well, you can still shoot very well." (paralympic.org, 07 Jun 2015)

PARALYMPIC GAMES VETERAN
She competed at 12 consecutive Paralympic Games between 1972 and 2016. She also attended the 1968 Games in Tel Aviv as an administrative staff member. (paralympic.org, 07 Jun 2015; paralympic.org.au, 2012)