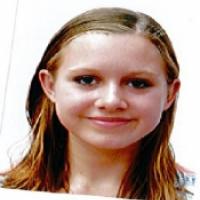 Sporting philosophy / motto
"If you want to do something as badly as I wanted to walk, then you just have to keep trying. And if you don't get it at first, don't give up. Just keep trying." (saseye.com, 13 Dec 2015)
Other sports
She competed in equestrian at the 2016 National Para Games in Singapore. (Singapore American School Facebook page, 27 Sep 2016)
Ambitions
To compete at the Paralympic Games. (todayonline.com, 06 Oct 2018)
Impairment
At age nine she was diagnosed with osteosarcoma [bone cancer], which resulted in her left leg being amputated above the knee. "At that age, I did not understand what cancer was. When they said I needed surgery, I thought the surgery was to be carried out inside my leg. When I learnt I had to have it amputated, I thought I would have to be in a wheelchair for the rest of my life. A few months after I got my leg amputated, they gave me a [prosthetic] leg." She has since survived cancer a further two times, including once in her lungs. (todayonline.com, 06 Oct 2018; Singapore American School Facebook page, 14 Sep 2018; kicksarcoma.org.sg, 28 Aug 2017)
Other information
BASED IN SINGAPORE
She lived in Shanghai, People's Republic of China, prior to her cancer diagnosis at age nine. She relocated to Singapore to complete eight months of chemotherapy treatment before returning to Shanghai for a year. She then decided to live in Singapore. "Singapore is special to me because it's the place where I went through so much but overcame it. Coming back was hard but it's been awesome because of the friends I've made." (Singapore American School Facebook page, 16 Oct 2018; kicksarcoma.org.sg, 28 Aug 2017)

SWIMATHON
In 2018 she organised a charity swimathon at her school in Singapore in association with Kick Sarcoma, a cancer awareness campaign held by Sarah-Grace Sarcoma Organisation Singapore. She covered 10 kilometres and 400 laps in under three hours for the relay at the event. (todayonline.com, 06 Oct 2018)