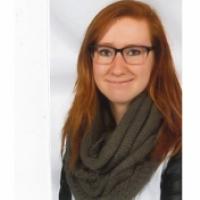 When and where did you begin this sport?
She began snowboarding at age 14 in the Czech Republic.
Why this sport?
"My sister Aira and I got our first snowboard lessons [in the Czech Republic]. Back in the Netherlands I took lessons and got the taste. On a Paralympic talent day, where they were looking for athletes to complete the Paralympic teams, I found out that there was also a Para snowboard team. I was immediately sold."

Injuries
In February 2018 she tore the meniscus in her knee. Although she initially tried to rehabilitate the injury, it became clear that she would require knee reconstruction surgery and she had the operation in October 2018. (Facebook page, 22 Oct 2018)

In February 2017 she broke her leg while training ahead of the World Cup event in Big White, BC, Canada. She returned to training in June 2017. (Facebook page, 24 Jun 2017; teamnl.org, 08 Feb 2017; nederlandseskivereniging.nl, 2017)
Ambitions
To compete at the 2022 Paralympic Winter Games in Beijing. (uwv.nl, 12 Mar 2018)
Impairment
She was born without a left hand and foot. (lemarbv.com, 2014)
Other information
FURTHER EDUCATION
She has studied animal behaviour and business studies at Helicon den Bosch in the Netherlands. (Facebook profile, 08 Sep 2016)