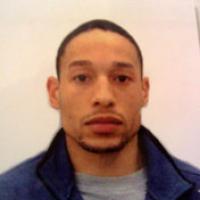 When and where did you begin this sport?
He began the sport in late 2009.
Why this sport?
After narrowly missing national team selection for the 2010 Paralympic Winter Games, only three months after taking up the sport, he travelled to Vancouver as a spectator at the Games. This experience inspired him to dedicate himself to the sport. "Going to Vancouver set the final hook for me. I've always been the kind of person – no matter what I’m doing – to do it to the best of my ability. And for me, the best of my ability is at 300%. I put everything in it I can, and ever since then I've put everything into Nordic skiing."
Name of coach
Eileen Carey [national]; James Upham

Most influential person in career
His first coach Frank Wentzel. (teamusa.org, 02 Jan 2013)
Other sports
He has competed in wheelchair basketball at a national level, and wrestled at state level before his injuries. (worldteamsports.org, 2012)
Impairment
He had completed his first tour with the US Marine Corps in Iraq in 2005 and had returned home to visit family and friends. Shortly after returning home he sustained multiple gunshot wounds in an incident involving a handgun, which resulted in the loss of the use of his legs. (teamusa.org, 02 Jan 2013)
Other information
EARLY DAYS
He grew up in Pittsburgh, PA, United States of America, with his mother, younger sister and brother. His father was in the military and as a result was absent often. When he was young he found himself in and out of trouble, and went to live at an all-boys group home at age 15. He eventually met a wrestling coach, Frank Wentzel, whose family he credits with helping him get back on the right track. "They treated me just like their own kid. I had some of the best Christmases and best memories there. I call her 'Mum', I call him 'Coach'." Under Wentzel's guidance, his state-level wrestling success earned him a scholarship to Thaddeus Stevens College in Lancaster, Pennsylvania, but he ultimately decided to enlist in the US Marine Corps. Following his injuries sustained after returning from Iraq, the Wentzel family took him in, and modified their home to suit his wheelchair. (teamusa.org, 02 Jan 2013)