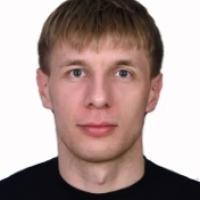 When and where did you begin this sport?
He began training in May 2009 in Nizhnevartovsk, Russian Federation.
Why this sport?
He was encouraged to take up the sport by Russian Para athlete Dmitry Drobin.
Club / Team
Ugra Adaptive Sports Centre: Russia
Name of coach
Alexander Borovykh [personal], RUS

He has received the title of Honoured Master of Sport in the Russian Federation. (paralymp.ru, 05 Mar 2020; minsport.gov.ru, 30 Dec 2019)
Ambitions
To win gold at the Paralympic Games. (Athlete, 04 May 2020)
Impairment
While celebrating the Day of Defence of the Fatherland in 2008, he was mugged by two men who dragged him into a lift and shot him twice, resulting in paralysis. (csi-ugra.ru, 01 May 2013)
Other information
EARLY DAYS
He was born in Kambarka in the Udmurtia Republic of the Russian Federation. When he was age five, his parents separated and his mother Irina decided to return to Nizhnevartovsk with him, where her parents lived. (csi-ugra.ru, 01 May 2013)