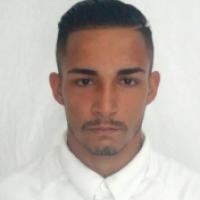 When and where did you begin this sport?
He took up Para athletics in 2014.
Why this sport?
He played football seven-a-side at international level until his opportunities with the Brazil national team became fewer and he was offered the chance to switch to athletics. "What made me decide to take up athletics was my love for my country, the green and yellow shirt. As an athlete, representing your nation is always a dream and with me it was no different."