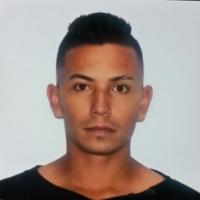 Impairment
In July 2008 he stepped on a mine while patrolling with his military unit. His left leg was amputated two months later. (themiamiline.com, 26 Jan 2019)
Other information
WOUNDED WARRIOR
He enlisted in the Colombian military in 2004 and nine months later he became a professional soldier. He sustained his impairment after stepping on a mine while on patrol near the border with Ecuador. "It happened in the middle of the jungle. It took three days to get me out of there. Each explosion and shot caused the fog to get worse and the helicopters couldn't land due to a lack of visibility. During those three days the combat medics looked after me." (themiamiline.com, 26 Jan 2019)