A small group of Australian dressage riders are spending the summer in Europe to prepare for major international equestrian events. 13 Jul 2013
Imagen 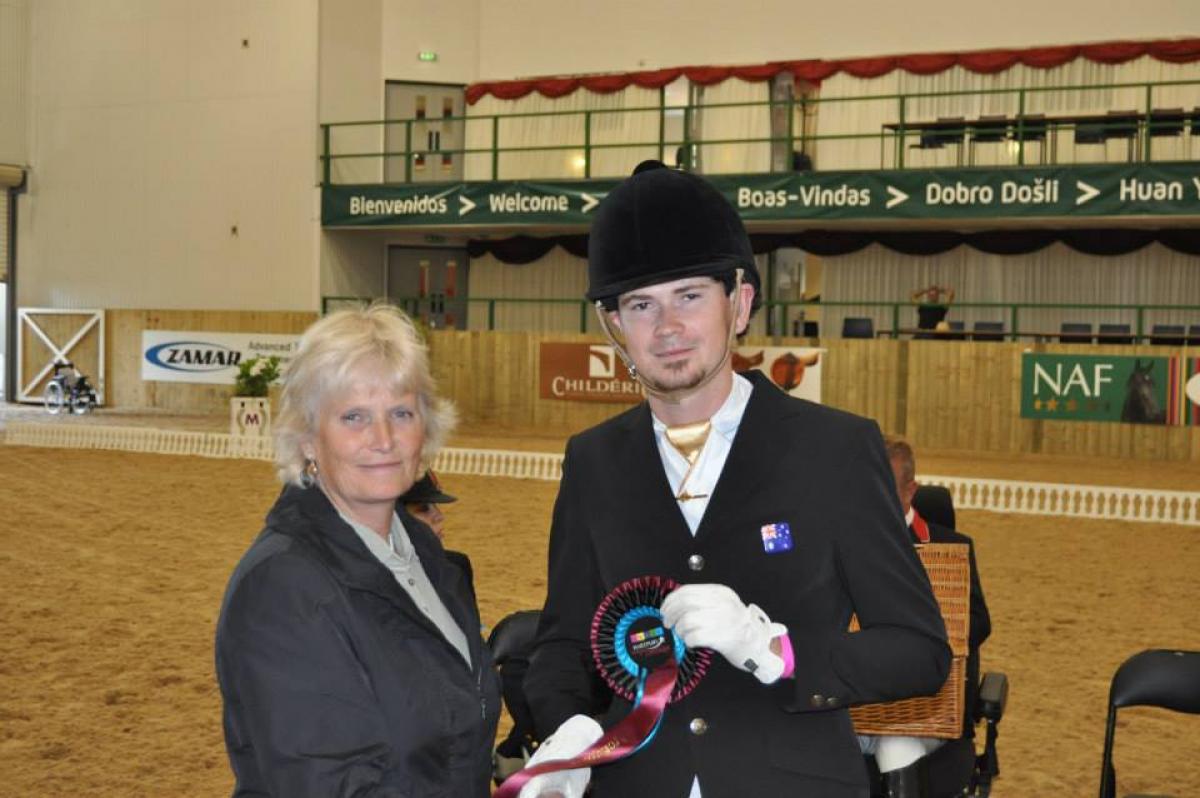 Dale Francis Johnston competed at the 2013 Hartpury Festival of Dressage in Great Britain.

ⒸHartpury
By Rob Howell | For the IPC

“We came to Europe in June to enable me to get some experience at an international level. Our first stop was Italy where we took part in the competition in Somma Lombardo – my first international. Then, we came to Hartpury for the British Festival of Dressage.”

A group of para-dressage riders from Australia is spending the summer in Europe to take part in a number of competitions and look for horses it can use at next year’s Alltech FEI World Equestrian Games 2014 in Normandy, France.

The group – which calls themselves “Aus Para-Power” – is led by veteran rider Jan Pike, a bronze and silver medallist from the Athens 2004 Paralympic Games and competitor at Beijing 2008.

Although they are self-funding the tour, the group has received administrative and practical support from Equestrian Australia.

Pike said: “Our sport isn’t big in Australia, partly because we’re such an isolated country and the costs of competing overseas are so huge. We are self-funded but hopefully sponsors or the government will recognise out talent and drive and be more supportive of us.

“We formed Aus Para Power so we can follow our dreams. We don’t get a lot of support at our level, so we said just said ‘right – we’ll get together and form our own group.’ It’s the first time we’ve all been away but we’ve all acted like true professionals and that’s really great.”

Pike is being accompanied on the trip by Dale Francis Johnston, competing in grade II and taking part in his first international competitions, and grade III rider Sui Watts, who has just been reassessed to her new grade and who acts as a deputy coach on the trip.

“We came to Europe in June to enable me to get some experience at an international level,” Johnston said. “Our first stop was Italy where we took part in the competition in Somma Lombardo – my first international. Then, we came to Hartpury for the British Festival of Dressage.”

At Hartpury, Johnston competed against the likes of double-London 2012 Paralympic gold medallist Natasha Baker. He finished in fourth and fifth in his tests and increased his score by four percentage points to 66% in the freestyle.

He said: “We came here and were fortunate to borrow horses and had some great training sessions. My scores are improving constantly and I’ve gained a lot of knowledge and met some fabulous people.”

For Pike, the riding element of the trip came to an unfortunate end at Hartpury.

She said: “In Italy I had scored 69% and placed third against 11 other riders from different countries. So, I was peaking in my performance and looking forward to forging ahead in Hartpury. However, I got thrown and broke a rib. Despite my pain, though, I borrowed Dale’s horse, Lollipop 64, and rode my first ride in the grade Ia team competition and managed a qualifying score.”

Despite her injury and the need for medical attention, Pike is continuing her role as a mentor to Watts and Johnston. Watts will ride in the UK’s Riding for the Disabled Association’s National competition in July, her first ride as a grade III equestrian.

The group’s ultimate aim is to meet the qualifying standards needed for the Alltech FEI World Equestrian Games 2014 and be selected to compete.

First, however, they must find suitable horses in Europe that they can borrow for the competition. They are helped in that task by team coach Catherine Shelley, who has devoted her time and expertise to the group.

Pike said of Shelley: “She is an amazing horsewoman who can determine a rider's potential and match it with a horse almost immediately. Catherine never looks at our disabilities, she just maximises our functional ability.”

The group spent time looking at horses in the Hartpury area and hopes to compete at the competition at Bishops Burton later in July. It then travels to Normandy to see if it can source horses to ride there next year.

“Rio is our main goal but (the World Equestrian Games) are a key step in that process, and Dale and I are certainly heading in that direction,” Pike said. 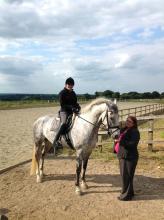