Freney takes it all

Jacqueline Freney had a perfect performance and won eight gold medals in all eight events she competed in the London 2012 Paralympic Games. 09 Sep 2012
Imagen 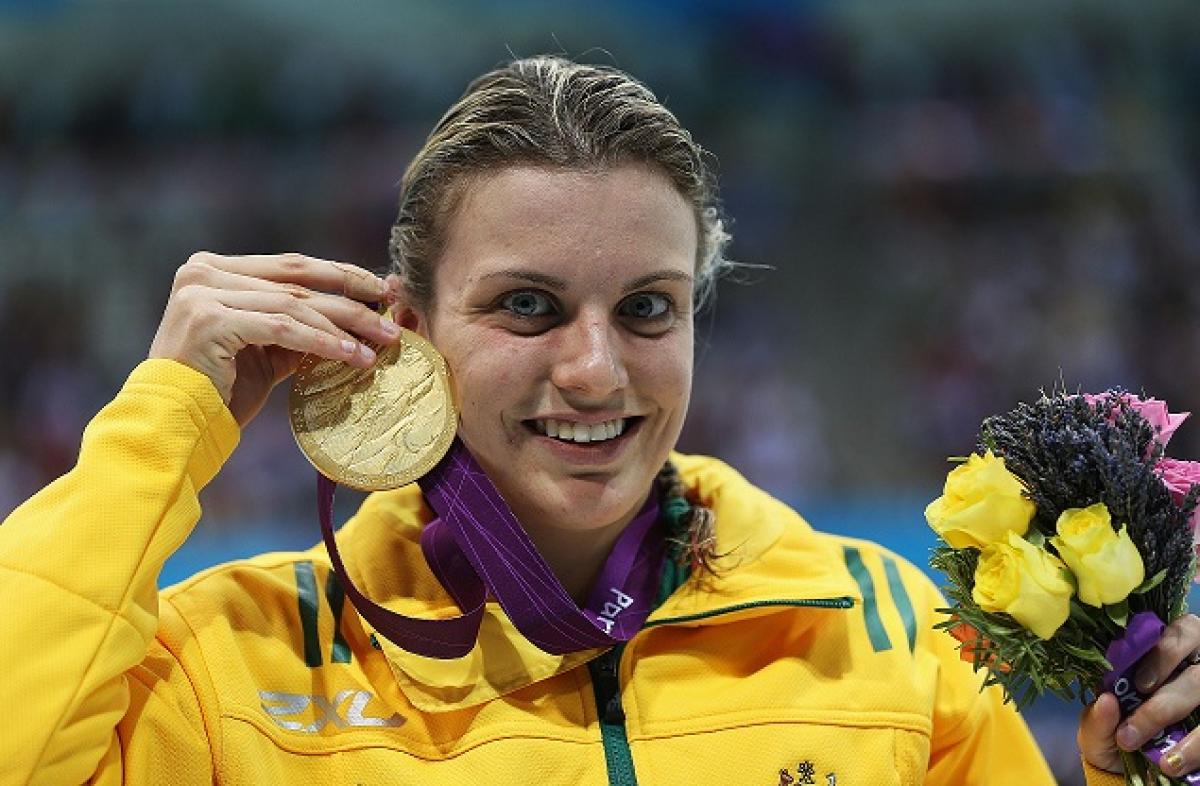 Jacqueline Freney with one of the eight gold medals she won in the London 2012 Paralympic Games.

“I have been training really hard for about eight years now, so I really feel that is just been my determination and passion for the sport over that time that has got me through to these gold medals."

The last ten days have been quite a rollercoaster for Australia in the Aquatics Centre as gold after gold has gone their way – 18 in total.

It’s exactly what they needed, after a somewhat disastrous Olympic Games for the Aussies which saw them collect only seven gold medals. It was left to the Paralympians to restore national pride.

But what is quite astounding is that one Paralympian has collected more gold medals than the Olympic total alone.

Jacqueline Freney, who is the most decorated athlete in the pool at these Games, has amassed eight gold medals; a figure that has etched her name into the record books as the most successful Paralympian at one Games.

Her compatriot – Matthew Cowdrey – has also threaded himself into the rich tapestry of Paralympic sporting history as he collected five gold medals to become the most successful and decorated Paralympian ever. He is 23…

“Matthew (Cowdrey) has been a fairly strong influence on my career, but I would just like to say that everything has just fallen into the right place at the right time at this meet. It’s been perfect,” she said about her countrymen.

Few would have anticipated Freney’s levels of success, and neither did the Brisbane born swimmer as she confessed that she is still yet to come to terms with her success.

“I’ve not really, one gold would have been more than sufficient, but I am over the moon with the eight I won,” she said.

“I could have raced tonight, but I am not good at the breaststroke otherwise I would have been out there, but I will just let somebody else take over.”

Freney comes from a strong swimming background with her grandfather Peter Freney being the coach that guided fellow Australian Siobhan Paton to a record breaking six gold medals. How fitting it be then that his granddaughter’s magnificent eight was to break that record.

But she has laid the secret behind her success at the feet of her father, the community she lives in and the way she has applied herself.

“I have been training really hard for about eight years now, so I really feel that is just been my determination and passion for the sport over that time that has got me through to these gold medals.

“I live in a borough in South Wales, it’s a bit of a local area and all the people are really friendly and its close nit. They are all really supportive of my swimming and everything.”

A life as a swimmer always beckoned for the youngster, as her parents have also been involved in swimming throughout the 20-year-old’s life as managers of public swimming pools.

Freney, whose cerebral Palsy classes her as an S7 swimmer, competed at the S8 category for a number of years including in Beijing 2008, before being reclassified into the lower S7 category.

When asked if the higher classification thwarted initial success, the Australian stated she has now found her righteous place.

She said: “It’s hard to say, but I definitely belong in the S7 category now that I have seen the other competitors compete.

“When I was in the S8 category I knew that I could give it my all, but I would never be able to catch up to the likes of Jessica Long (USA) and Heather Frederiksen (Great Britain). I was training my butt off, but not getting anywhere.”

At just 20 years old, and with her compatriot Cowdrey in tow, it is undeniable that Australia will be a strong Paralympic swimming force for years to come. Watch your back, China.