Herning 2013: Behind the scenes

The volunteers, commentators and Danish chef d’equipe at the European Para-Dressage Championships were all there for a reason. 28 Aug 2013
Imagen 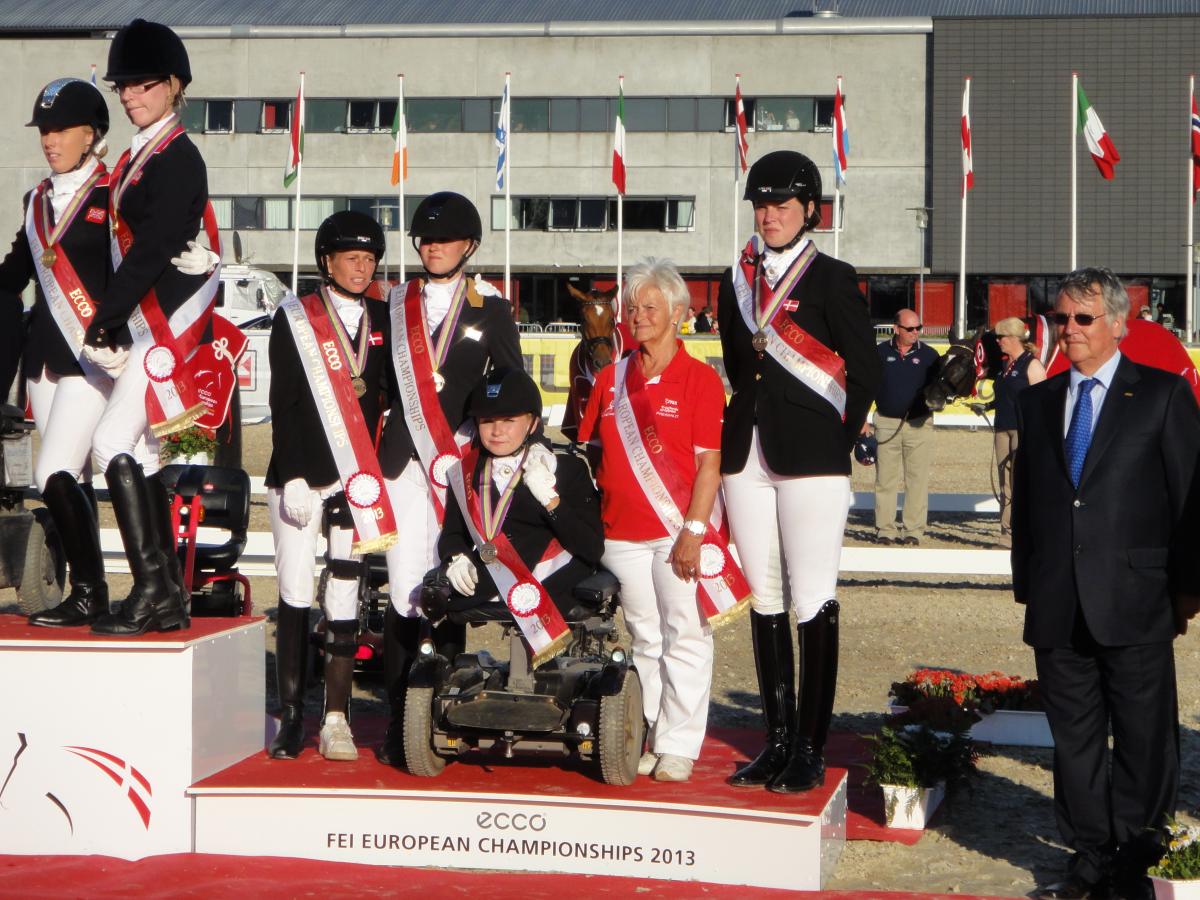 “We had a target of three medals but two would have been acceptable, so we are far beyond our expectation with five.”

As the dust settles from a momentous week of competition at the JYSK FEI European Para-Dressage Championships in Herning, Denmark last week, it’s not just the riders and horses who will look back on their time in Denmark with a host of colourful memories.

In the para-dressage arena the stewarding of horse and riders was carried out by a team of volunteers who were reuniting for the first time since they had carried out the same role at the London 2012 Paralympic Games. One of them, Sue Mead, explained how they came to be in Herning.

“We were all put together by Chris Porterfield, who was chief steward in London,” she said. “Most of us have trained with Chris and been on her FEI stewards courses. London 2012 was absolutely fantastic. I can only describe it as a once in a life time opportunity.”

Among their number in London was Jaana Alvesparr, overall chief steward of the Championships in Herning.

Mead continued: “In London, Jaana mentioned that she was going to be the overall chief steward for the Europeans and asked if would we like to go. We all said yes we’d love to. We all got to come here because we know each other and we all perform exactly the same tasks, so it’s very consistent for the riders. We’ve all just built up really good friendships and we keep in contact with one another.”

One noticeable aspect of this year’s competition was the sizeable audiences the para-dressage sessions attracted.

Keeping those crowds informed of who was riding and their scores was arena commentator Annika Lykke Dalskov. Under normal circumstances, Dalskov would have been riding as a member of the Danish team, having won two bronze medals in the grade III competition at London 2012. However, being five months pregnant put paid to those ambitions.

She said: “I called the organisation and told them that, unfortunately, I’m not going to be a part of the Europeans so could I do anything in exchange? They said they needed a speaker so I said I can do that. I can give something back.”

Dalskov admits that, despite her happy condition, she found it tough to watch the competition, particularly her own grade III category.

“It was difficult to watch,” she said. “Of course I would have loved to participate myself and be a part of the Championships. It was very interesting, though, because I got to see all of the riders. That’s totally new to me because normally I’d be preparing my horse for my own competition or taking him back to the stables.”

But it seems like Herning was not the start of a new career for Dalskov, as she added: “I’ll be back for the FEI World Equestrian Games next year. I count on having a baby that’s going to sleep when Mummy’s going to practice and train and ride her horses.”

Lis Lihme was the Chef D’Equipe of the Danish para-dressage team.

As such, she helped pick the squad and acts as team manager, mentor, coach and all-round support for her riders.

For Lihme, the Danish team’s performance on home soil surpassed all her expectations.

“We had a target of three medals but two would have been acceptable, so we are far beyond our expectation with five,” she said.

Speaking of being the home team she added: “It has been fantastic to be on home soil and also a little different because the press has been very active here and we’re very happy about that. We tried to prepare the riders for all those outside things and I think they managed that very well. They stayed focussed when they had to ride so it has been a fantastic week.”