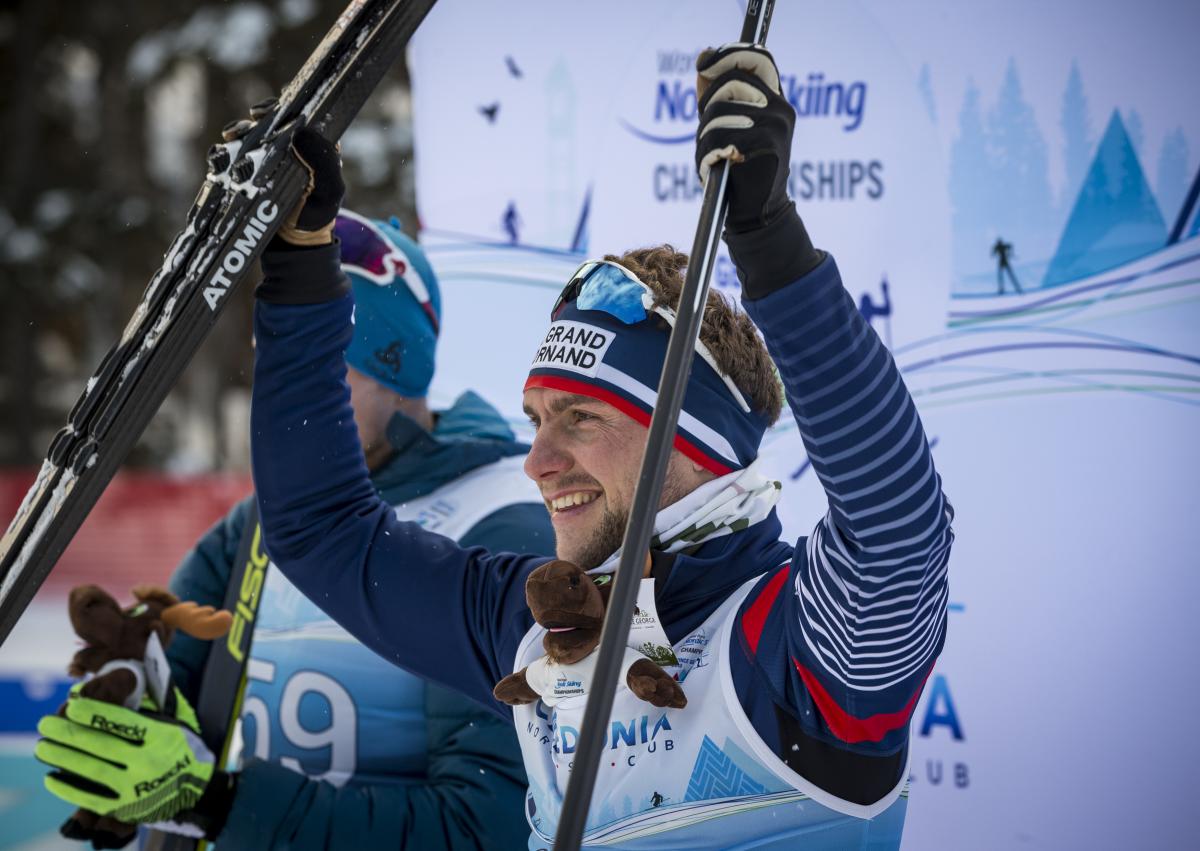 Three-time Paralympic champion Benjamin Daviet is stepping up his level of form before the Biathlon World Championship in Östersund, Sweden from 10-15 March.

At the last World Cup competition in Finsterau, Germany, he got his first win of the season in the biathlon sprint race. Although Russians Vladislav Lekomtsev, Vitalii Malyshev and Ihor Reptyukh of Ukraine had a better season overall until this point, the Frenchman is preparing for what is yet to come.

“It means a lot to win my first race of the season here in Finsterau,“ said Daviet adding, “Especially in the biathlon sprint race where everything goes really fast, and rainy conditions make it even faster.”

Daviet, the Best Male winner of the 2019 IPC Sport and Media Awards, quickly adjusted to tough conditions in Finsterau, and it proved crucial in overcoming his biggest rivals.

“Conditions were very difficult. Especially in the biathlon competition when we were shooting, I felt a lot of heat in my body. I prepared perfectly for skiing, my technique was very good and I had been coached really well to prepare for the shooting part.”

RIVALS ON THE HUNT

Unlike the last couple of years, where Daviet was the dominant force of Para Nordic skiing, this season he has to face some tough competition.

Lekomtsev stands out as his main rival and the leader of the overall standings in both biathlon and cross-country World Cup.

“They don't give you a lot of space to make a mistake, because if you make one, they will punish it.”

Daviet thinks that Finsterau might have been a turning point of the season that could lead him to defend the three biathlon World Championship titles he won last year in Prince George, Canada.

“Three years ago, I won three gold medals here in Finsterau in the World Championship and every time I come back it brings a fond memory. I am happy in Finsterau also because of the fact that I have won my first race of this season here,” Daviet reckoned with a smile on his face.

Despite the fact that Daviet was not in his best form this season, he is still one of the firm favourites for the upcoming World Championships in Östersund. It will be the first standalone Para biathlon World Championship.

This time Daviet and his rivals can focus solely on biathlon, which makes the competition even more interesting and the stakes are much higher because the margin for error is bare minimum.

“I am working really hard for the World Championship in Östersund. It reminds me of my preparation for Finsterau in 2017. My goal in Sweden is to win medals again, maybe even to repeat Finsterau or Prince George from last year,” said a confident Daviet. 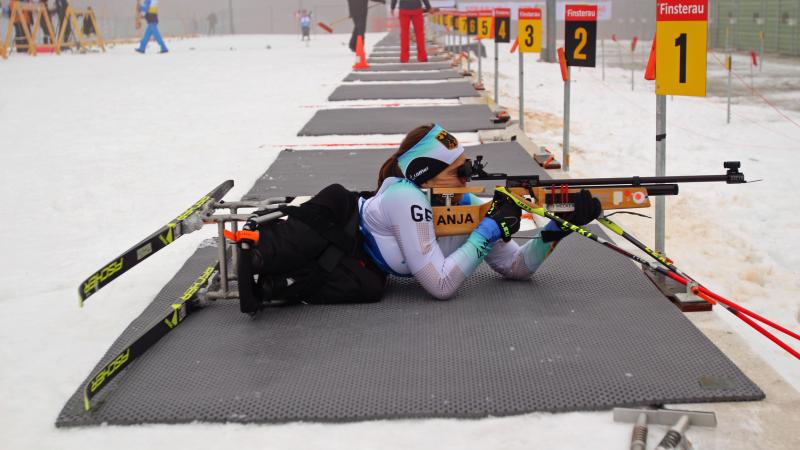