No. 14: Russia struggle through tragic loss to win

Despite their coach passing away during the tournament, the Russian Wheelchair Curling team went on to win the 2012 World Championships, making it the No. 14 moment of the year. 18 Dec 2012
Imagen 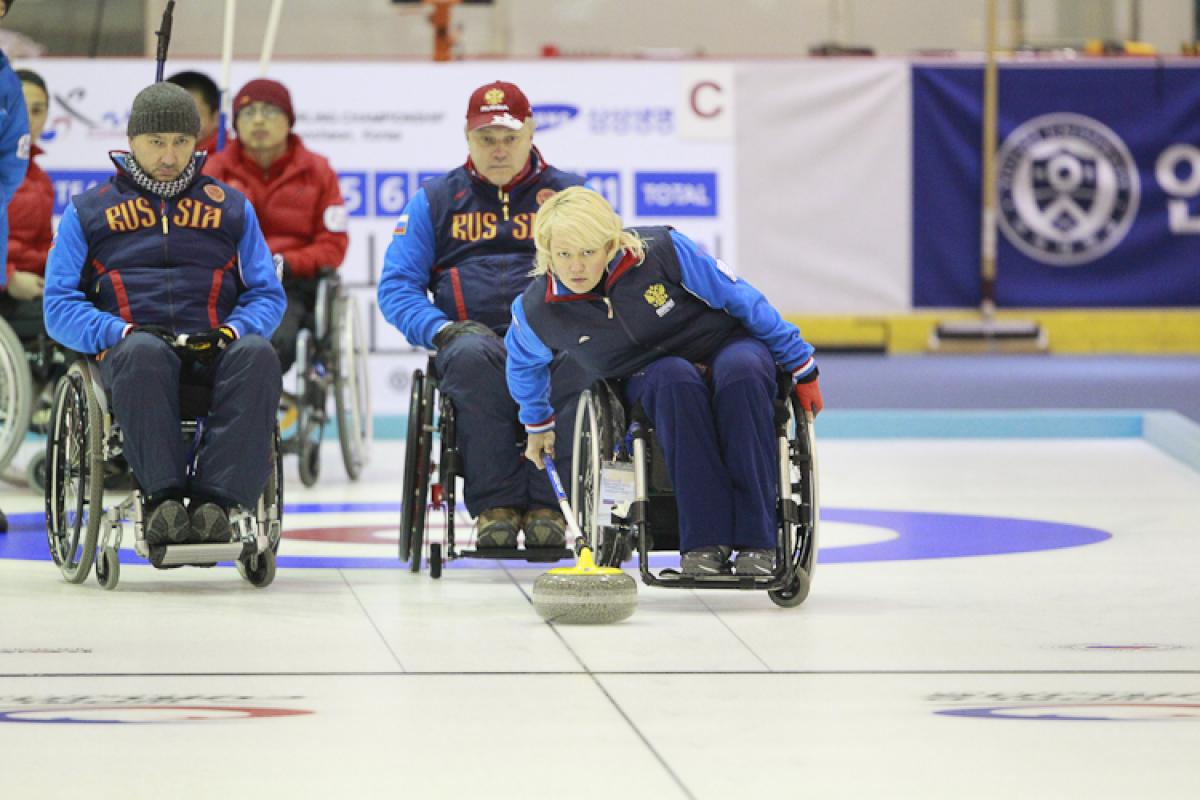 Russian coach Vladimir Shevchenko passed away during the World Curling Wheelchair Championship 2012 in Chuncheon, South Korea. Had had played a crucial role in the team’s rapid rise after it was relegated in 2008.

“This victory is dedicated to him – the coach who put his efforts, experience and patience into our success,” team member Oksana Slesarenko said. “We were feeling his support during the Championships.”

“We are very happy that in such a hard struggle we won,” Slesarenko said. “It took us nine years to have this victory. And finally, thanks to the unity of our team, will, power and great aspiration, we have become the best.”

Russia won nine of their 12 contests at the championships. In the gold medal game they defeated hosts Korea 9-1.

In the first end, Russia allowed Korea a single point, but tied the score in the second end and won the next five, taking advantage of missed shots by their opponents.

“We feel very good, excellent actually, to have this win, we can’t wait to get back to Moscow and the celebrations that we will have there,” said Andrey Smirnov, the Russian skip, shortly after the game.

The 38 year old joined the Russian team in 2004 and began to skip a year later. His highest place finish prior to this victory was fourth at the 2011 World Championships in Prague when they lost the bronze-medal game to Norway.

“The Koreans gave us a hard game,” he said. “It was not as simple as the score looks. But we are very happy to win the gold medal.”

The Russian team will be pushing to qualify for the Sochi 2014 Paralympic Games, where their eyes are on one medal.

“We have reached just the first goal,” Slesarenko said. “The next one is Paralympic Games in Sochi. We will strive to win and make a fierce effort to defend our world-champion title.”