At the 2014 Open 2.4mR World Championships, Norway’s Bjornar Erikstad beat a number of lesser impaired or able-bodied athletes to secure silver and a place at Rio 2016. 24 Nov 2014
Imagen 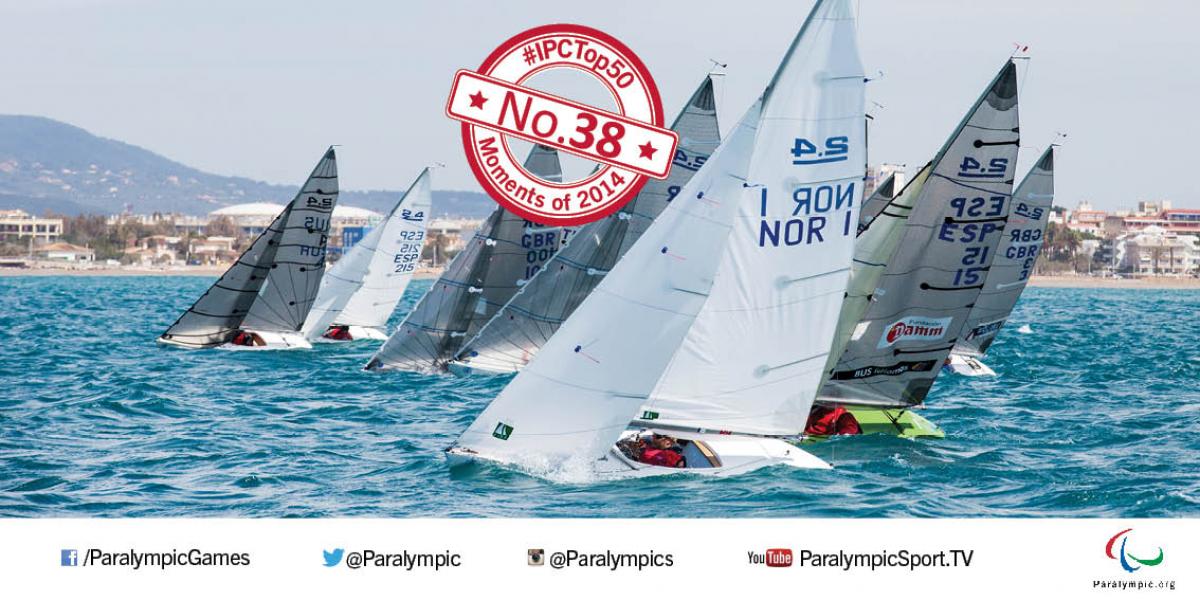 At the 2014 Open 2.4mR World Championships, Norway’s Bjornar Erikstad beat a number of lesser impaired or able-bodied athletes to secure silver and a place at Rio 2016.

“Self-esteem allows you to believe that you are able to fight for this and be better than the others,”

Despite sailing almost entirely with the use of his feet, Norway’s Bjornar Erikstad was still able to beat a number of able-bodied and lesser impaired athletes at the 2014 Open 2.4mR World Championships in Toronto, Canada, making it one of the Top 50 Moments of the Year.

The Norwegian beat 33 other athletes as he won the silver medal, losing only to Sweden’s able-bodied sailor Stellar Berlin, who claimed his eighth world title.

Across the ten races, Erikstad finished in the top five on eight occasions, achieving one first place finish, and coming second twice to score a total of 26 points.

“I think that silver medal at the worlds was maybe the biggest achievement of my career so far,” said Erikstad.

“Not just the result and medal, but because I finally found my way to sail.

“Many were thinking that a guy with no arms couldn’t sail against able-bodied sailors or sailors with lesser disabilities than me. In a way, that was a big achievement that I made it.”

In doing so, he also achieved a place for Norway at the Rio 2016 Paralympic Games in Brazil, and his performance at the worlds have inspired him to achieve more success at the Paralympic level.

“In Rio, I want a good race and hopefully be able to fight for the medals,” he said.

“Of course my self-esteem is better after doing so well at these worlds, and my motivation is better too and I want to train more.

“Self-esteem allows you to believe that you are able to fight for this and be better than the others,” he added.

“If you think you are good enough for the top 10, but have good self-esteem then suddenly you have a medal. I think it is the difference between eighth place and a medal place.”

Erikstad first took up sailing after a recommendation from his family, and attributes the nature of his upbringing as one of the reasons behind his success.

“I was born and raised on an island in Norway and had to sail like my siblings,” he said.

“My father said that everybody has to sail and my parents have always had that mentality that if you haven’t tried it, you can’t say that you are not able to do it.

“I had to try it, and after some struggling, I found it really fun and started to sail more and more on my own.”

Nowadays, the 33-year-old sails with the use of a specially designed boat, using his feet to do most of the work on the water.

“I had a naval architect who has helped me develop my boat,” he said.

“Having short arms, I have to use my feet to pull the lines and everything like that.

“It is good that the boat can be fitted specifically to my disability as it allows me to perform at a high level.

“The first time I trained with it, it was difficult. You meet some obstacles and you have to change things because it doesn’t work the way you want it to, but you find your way.

“It has been many years of development, but now it is starting to progress the way I want it to.”