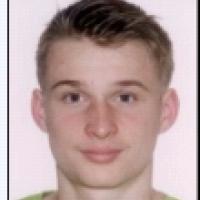 When and where did you begin this sport?
He took up Para athletics at school.
Club / Team
BPRSV Cottbus: Germany
Name of coach
Margareyta Chukrova [club]; Willi Gernemann [national]
Training Regime
He trains four times a week.

He was named the 2015 Junior Athlete of the Year for the state of Brandenburg, Germany. (lr-online.de, 29 Dec 2015)
Other sports
He has also played able-bodied football at senior level for German club SV Einheit Drebkau. (fupa.net, 16 Jun 2018)
Ambitions
To compete at the 2020 Paralympic Games in Tokyo. (moz.de, 12 Jul 2018)
Impairment
He had meningitis as a baby which resulted in hemiparesis on the left side. (moz.de, 12 Jul 2018)