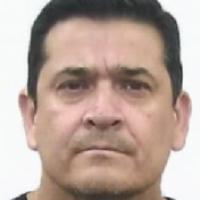 He was inducted into the Athletes with Disabilities National Hall of Fame in 2010. (adnpage.org, 05 Oct 2010)
Other sports
He competed in athletics [discus, shot put and javelin] at every edition of the Paralympic Games between 1988 and 2004. He won a total of one gold, one silver and four bronze medals. He has also won two national wheelchair basketball championship titles. (paralympic.org, 2017; wheelchairgames.org, 17 Aug 2014)
Impairment
In 1984 he was working as a US military policeman in Honduras when the jeep he was travelling in was shot at. The vehicle flipped over, resulting in him breaking his neck in three places. (The Colorado Springs Gazette, 01 Aug 2003)
Other information
CHAPERONE
In 2012 he was chosen to accompany first lady Michelle Obama at the opening ceremony of the 2012 Olympic Games in London. (ksat.com, 19 Jul 2012)