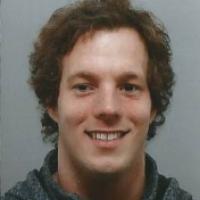 When and where did you begin this sport?
He took up Para athletics in late 2015. He joined Rotterdam Atletiek club and made his competition debut in March 2016.
Why this sport?
He competed in Para swimming at international level until shoulder and calf injuries ended his swimming career in 2013. In October 2015 he attended a Para sports talent identification day in the Netherlands and was encouraged to take up Para athletics. "I always loved watching this sport."
Club / Team
De Lansingh: Netherlands
Name of coach
Richard Kooijman [club], NED; Fynn van Buuren, NED

In 2007 he tore the bicep tendon in his right shoulder during a swimming training session. He also began suffering from cramps in his calf muscle in 2007. After six years of rehabilitation and multiple surgeries the injuries forced him to end his Para swimming career in 2013. (atletiek.scheppies.nl, 20 May 2017)
Sporting philosophy / motto
"Never stop dreaming." (atletiek.scheppies.nl, 20 May 2017)
Awards and honours
He received the 2008 International Student Athlete Award from the Johan Cruyff Institute for Sport Studies in the Netherlands. (LinkedIn profile, 2018; scheppies.nl, 05 Jun 2008)
Other sports
He represented the Netherlands in Para swimming at the 2004 Paralympic Games in Athens. (atletiek.scheppies.nl, 20 May 2017)
Ambitions
To compete at the 2020 Paralympic Games in Tokyo. (aofondsrijk-vindingrijk.nl, Nov 2016)
Impairment
He was born ten weeks premature, which led to cerebral haemorrhages. He has increased muscle tension, spasms and a motor impairment as a result. (anoushkavanbemmel.wordpress.com, 29 Apr 2016)
Other information
OCCUPATION
He works as a social media and content editor for Uitvoeringsorganisatie Bedrijfsvoering Rijk, a government office in The Hague, Netherlands. (LinkedIn profile, 2018; Athlete, 20 Aug 2018)

OTHER STUDIES
He has studied for a bachelor's degree in business administration, commercial economics and sports marketing from the Johan Cruyff Academy in Amsterdam, Netherlands. He has also studied for a master's degree in management sciences, marketing and supply chain management from the Open University in Heerlen, Netherlands. (LinkedIn profile, 2018; Athlete, 20 Aug 2018)