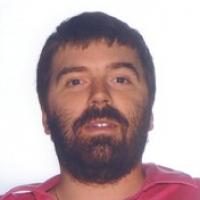 Residence
Vancouver, BC, CAN
Languages
English

Club / Team
Sapperton Fish and Game Club: Burnaby, BC, CAN

Nicknames
'Spokes'. (Facebook MySpace profiles, 22 Jun 2011)
Hobbies
Theatre, music [hip hop production and performances]. (Facebook, MySpace profiles, 22 Jun 2011)
Sporting philosophy / motto
He has four biblical verses written on poster boards in his room, that he says help motivate him and get him through tough times. (Facebook MySpace profiles, 22 Jun 2011)
Other information
HIP HOP ALBUM
His MySpace and Facebook profiles promote his performances and musical productions/collaborations as a hip-hop 'MC' [traditionally 'Master of Ceremonies' but 'Mic Controller' in urban musical context]. He goes by the MC name 'Spokes' and has collaborated with three other MCs since 1999 under the name Reverse Priorities, they have released two full length albums [All This World in 2001 and a self-titled LP in 2003]. He says this gave him "the opportunity to share the stage with some of Canada's hottest hip hop artists including Josh Martinez, Classified, Emotions, DL Incognito, Sweatshop Union, and Kyprios". In 2011 he released a solo hip hop album, called 'DRIVEN' that he hopes will "change many peoples' perspective on hip hop". (MySpace profile, Facebook profile, 22 Jun 2011)

ON HIS WHEELCHAIR
He is involved with Theatre Terrific, a Vancouver theatre arts ensemble that presents professional and community stage productions originally founded for disabled children, but now open to able-bodied persons alike. The theatre's artistic director, Susanna Uchatius, said about him: "One of our actors, Greg Labine, once said to me, 'Everyone likes a guy in a wheelchair'. I took this to mean that people see the wheelchair first and then the person in it....that the person in it is deemed somehow special and good. Greg did not like being seen as a good guy in a wheelchair....and went on to teach us that his wheelchair did not define him." (disaboom.com, 22 Jun 2011)