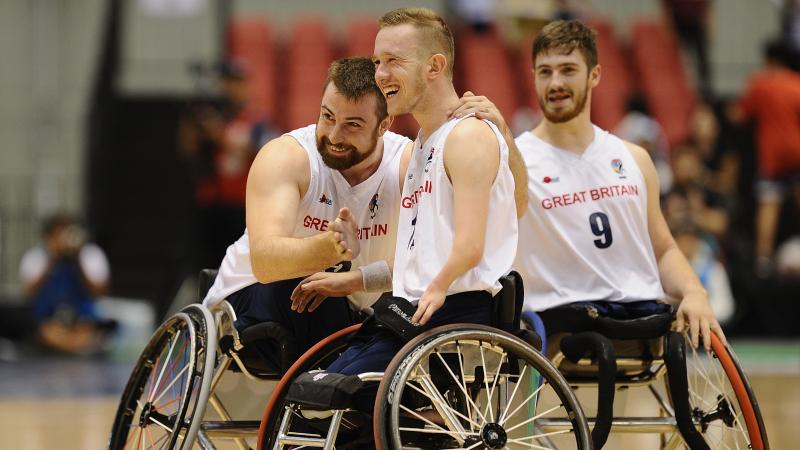 Gregg Warburton is a prized product of the British Wheelchair Basketball junior programme and made his major debut at the Rio 2016 Paralympics. He was only 19 years old when he helped his team take home the bronze medal. Four years later, he played a major role in Great Britain’s historic World Championship victory in Hamburg, Germany. Warburton was named Most Valuable Player for the men’s tournament.

The win in Hamburg was Great Britain’s first official Worlds title, and a sign of the Warburton’s development since the 2016 Paralympics. The 2.0 classified athlete scored double-digits against Algeria and Brazil during those Games. Since then, he has established himself as a regular on the senior teams. He was part of the silver medal squad at the 2017 European Championships in Tenerife, Spain.

He was also one of eight players on the U22 team who carried the Paralympic flag into the stadium during the Opening Ceremony of London 2012.