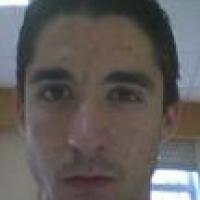 When and where did you begin this sport?
He took up the sport at age 17 in Vigo, Spain.
Why this sport?
"I started running almost by chance and little by little it grew on me and I felt I wanted to improve. I started running just like everybody else starts."
Club / Team
Real Club Celta Atletismo: Vigo, ESP
Name of coach
Arturo Martin [personal]
Training Regime
He trains at the High Performance Centre [CAR] in Madrid, Spain.

In 2019 he sustained a cartilage injury in one of his knees during a training session after stepping on a crack and twisting his knee. The injury did not prevent him from competing at the 2019 World Championships in London, England, but he required surgery following the event. (celtaatletismo.es, 2019; lavozdegalicia.es, 30 Apr 2019)

He injured his soleus muscle [calf] three weeks before the 2008 Paralympic Games in Beijing. Despite qualifying for the T12 5000m final, the injury returned and he was forced to withdraw from the event. (laregion.es, 22 Sep 2009)
Other sports
He played football in the top youth division in Spain prior to his impairment. (lavozdegalicia.es, 08 Apr 2009)
Ambitions
To win a medal at the 2020 Paralympic Games in Tokyo. (atlantico.net, 21 Aug 2021)
Impairment
He lost his vision suddenly at age 17 due to the inherited condition Leber hereditary optic neuropathy. (madagali.com, 11 May 2014)
Other information
DNF IN RIO
He collapsed and lost consciousness while leading the T12 marathon at the 2016 Paralympic Games in Rio de Janeiro, and was unable to finish the race. "I was at a good pace, and then the next thing I remember is myself on the ground with two volunteers helping me, and then nothing. We were running in 30-degree heat and 70% humidity. The asphalt felt like a frying pan and there were no shadows on the course. It may have been my last chance for an Olympic medal." (farodevigo.es, 19 Sep 2016)

TO GERMANY AND BACK
His parents moved to Germany shortly after he was born. They returned to Spain when he was age five. (lavozdegalicia.es, 08 Apr 2009)