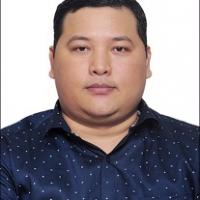 Nicknames
Hero (Facebook profile, 08 Nov 2018)
Sporting philosophy / motto
"Life is beautiful." (Facebook profile, 08 Nov 2018)
Impairment
While training to be fighter pilot in the Indian Air Force in 2011, he was forced to eject from his aircraft during a solo mission. The force of the ejection damaged his lumbar spine and resulted in paraplegia. (rediff.com, 22 Jun 2013)
Other information
MILITARY TRAINING
He was training to become a fighter pilot in the Indian Air Force [IAF] prior to his accident. He also received the Academy Blazer Award for swimming during his time in the National Defence Academy in Pune, India. He was able to continue his career in the Indian Air Force following his impairment in a non-flying capacity, serving in the accounts department. "I am better equipped to face all the hardships than ever before. I am not going to give up easily. I will once again prove myself in some other way." (indianexpress.com, 03 Apr 2021; defencelover.in, 26 Oct 2017; rediff.com, 22 Jun 2013)