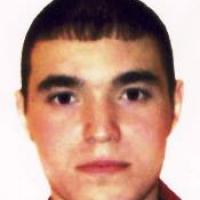 When and where did you begin this sport?
He began para-skiing in 2004, although he had skied before his accident.
Why this sport?
His parents persuaded him to take part in sports after his accident at age 17, because he was sitting at home being inactive and gaining weight. He first tried athletics, swimming and table tennis, and in 2004 he made the Bashkir Republic athletics team. Following this, after advice from specialists, he took up skiing and biathlon.
Club / Team
School of Highest Sports Skill: Russia
Name of coach
Amir Gumerov [national], RUS; Irina Gromova [national], RUS

Hobbies
Listening to techno music, playing guitar, cars, athletics, table tennis, swimming. (neinvalid.ru, 23 Sep 2010; sovsport.ru, 15 Apr 2010)
Most influential person in career
His parents. (Ufa1.ru, 13 Nov 2010)
Hero / Idol
Jamaican sprinter Usain Bolt, US swimmer Michael Phelps. (sport-express.ru, 22 Mar 2010)
Sporting philosophy / motto
"I feel like an adequate person. I have everything needed for happiness - a home, a family and a sport that returned me to life." (novayagazeta.ru, 23 Dec 2013)
Awards and honours
In 2012 he was nominated in the category of World Sportsman of the Year with a Disability in the Laureus Sports Awards. Para-athlete Oscar Pistorius ultimately won. (laureus.com, 10 Feb 2014)

He holds the national sports title of Honoured Master of Sport in Russia. (bestpeopleofrussia.ru, 23 Oct 2012)

For his performances at the 2006 Paralympic Winter Games in Turin he was awarded the Certificate of Honour of the Republic of Bashkortostan. (bestpeopleofrussia.ru, 23 Oct 2012)
Other sports
He also competes in para-biathlon. (bestpeopleofrussia.ru, 10 Feb 2014)
Ambitions
To compete at the 2014 Paralympic Winter Games in Sochi. (timetolive.ru, 26 Dec 2012; neinvalid.ru, 23 Sep 2010)
Impairment
At age 17 he had both legs amputated after his motorcycle was involved in an accident with a truck. (lifesports.ru, 24 Mar 2010; bestpeopleofrussia..ru, 23 Oct 2012)
Other information
RETIREMENT AFTER SOCHI 2014
After he has competed at the 2014 Paralympic Winter Games in Sochi, he aims to retire from competitive sport. "I hope my farewell with the sport will be positive, then I plan to start a political career." (rbth.co.uk, 17 Dec 2013)

POLITICIAN
He is a deputy of the State Assembly of Bashkortostan, Russia. (rbth.co.uk, 17 Dec 2013)

DOCUMENTARY
He was the subject of a documentary film called 'Born Again' directed by Vilyur Isyandavletov, which was shown at the Kazan Muslim Film Festival in Russia in 2012. (timetolive.ru, 26 Dec 2012)