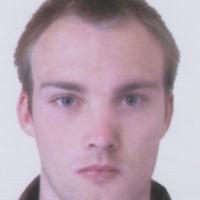 When and where did you begin this sport?
He took up para-athletics in 2007 in Cherkasy, Ukraine.
Why this sport?
He was studying to be a mechanic, but in his second year of studies his parents insisted that he devote more efforts to sports because they thought he had too much spare time. He was first placed in a table tennis club, but did not like this discipline. "I understood that it was easier for me to run than to walk so I asked to be placed in the running group." At first, he was not serious about sports, but when his first coach Aleksander Starovoitov announced that he would be going to Ukraine's national championships in two months, he started training hard to post good results. "I put all my best qualities into training and started to work really, really hard. I didn't want to embarrass myself."
Club / Team
Invasport: Dnipropetrovsk, UKR
Name of coach
Iryna Slyusar [personal], UKR, from 2012; Andriy Fateev [national]

Nicknames
The Ukrainian Usain Bolt. (ukurier.gov.ua, 21 Sep 2012)
Memorable sporting achievement
Winning two gold medals at the 2012 Paralympic Games in London. (Athlete, 22 Oct 2015)
Most influential person in career
Mentor Vitaly Memetov, who first suggested he try para-athletics. (Athlete, 22 Oct 2015)
Hero / Idol
Ukrainian para-athlete Vasyl Lishchynskyy. (Athlete, 22 Oct 2015)
Superstitions / Rituals / Beliefs
He kisses the Ukraine crest and a medallion depicting Saint George before his races. He also does not shave before his races. (telegraf.com.ua, 04 Sep 2012; fakty.ua, 30 Oct 2012)
Sporting philosophy / motto
"I always give it my all. If you come out on the track, you need to run as best as you can, otherwise why come out at all? Just so that people would look at you? That's not in my style. You always need to give it your all. Always." (invasport.org.ua, 07 Mar 2013)
Awards and honours
He holds the title of Master of Sport of International Class in Ukraine. (dsmsu.gov.ua, 04 Mar 2016)

For his achievements at the 2012 Paralympic Games in London, he was given the Order for Merits by the president of Ukraine. (fakty.ua, 30 Oct 2012)
Impairment
He had cerebral palsy since birth and was not able to walk until age three. (dnews.donetsk.ua, 08 Nov 2012)
Other information
OCCUPATION
He worked at the Cherkasy thermal power station for three years after finishing his institute studies. During this time, he continued to train in the evenings. "It took three years to understand that sport was my true calling." (dnews.donetsk.ua, 08 Nov 2012)