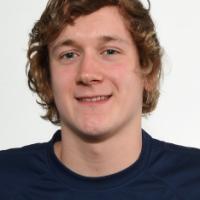 When and where did you begin this sport?
He began swimming at a pool in Swansea, Wales.
Why this sport?
His mother says he had a lot of excess energy so they experimented with different sports to help him burn it off. They began with power walking and cycling, but found twice weekly swimming lessons benefited him the most.
Club / Team
Swim Conwy: Wales
Name of coach
Rob Aubry [national], GBR

He was named the 2013 Young Para Sportsperson of the Year at the Swansea Sport Awards in Wales. (swansea.gov.uk, 20 Jan 2015)
Ambitions
To win a medal at the 2020 Paralympic Games in Tokyo. (walesonlines.co.uk, 02 Apr 2018)
Other information
HIATUS
He sustained a broken wrist after competing at the 2014 Commonwealth Games in Glasgow Scotland, which contributed to him losing his funding. In 2015 he then split with his coach of six years Billy Pye and considered quitting the sport. After a six-month break he returned to swimming in 2016 under the guidance of his brother. "When my coach finished, a part of me wanted to finish. I was lost and didn't really know what to do. Whenever I haven't had my swimming, I feel like my life isn't complete. Swimming fulfils my life. It balances me out." (bbc.co.uk, 19 May 2017)