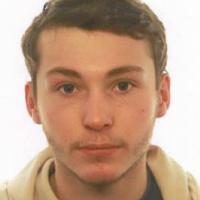 Awards and honours
In 2015 he was presented with the Endeavour Award by the Sheffield Federation for School Sport in England. (thestar.co.uk, 10 Dec 2015)

He received the 2015 Chairman's Award from the City of Sheffield and Dearne Athletic Club in England. (sheffieldathletics.co.uk, 2015)
Ambitions
To compete at a Paralympic Games. (Facebook page, 23 May 2016)
Impairment
He has cerebral palsy. (bbc.co.uk, 03 Dec 2015)
Other information
SUPPORT
In 2017, he was given support by the Nottingham Building Society's young athlete support scheme, which is in partnership with SportsAid. "Honestly it's amazing because I wouldn't be able to do any of the payments I do like travelling or equipment, and from the Nottingham Building Society and SportsAid they allow me to do that, so that's what keeps me in the sport." (sportsbeatvideo, 06 Jun 2017)