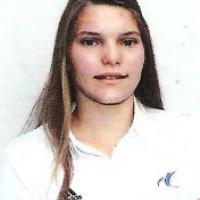 When and where did you begin this sport?
She began competing in 2007.
Club / Team
ACT Academy of Sport: Canberra, ACT, AUS

Hobbies
Reading, drawing, watching films. (paralympic.org.au, 19 Sep 2016)
Memorable sporting achievement
Winning a silver medal in the T53-54 4x100m relay at the 2008 Paralympic Games in Beijing. (paralympic.org.au, 19 Sep 2016)
Most influential person in career
Her family, Australian teammate Richard Colman and coach Mandi Cole. (paralympic.org.au, 30 Jan 2011)
Sporting philosophy / motto
"Only from the valley does the mountain look high." (paralympic.org.au, 05 Jan 2010)
Impairment
She has incomplete paraplegia as the result of the effects of a spinal virus she contracted at age six. (athletics.com.au, 22 Jan 2011)
Other information
RIO RELAY
She was part of the Australian women's T53-54 4x400m relay team that initially finished third at the 2016 Paralympic Games in Rio de Janeiro, behind teams from the Peoples' Republic of China and the United States of America. The Australians were disqualified after the race, as one of their racers straying out of their lane, but the Australian team lodged an official protest that was upheld by the International Paralympic Committee [IPC]. The US team were then disqualified for interference during the race and the Australians were reinstated and promoted to the silver medal position. (IPC Results Database, 2017; geelongadvertiser.com.au, 16 Sep 2016; paralympic.org.au, 16 Sep 2016)