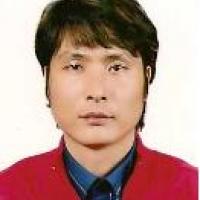 When and where did you begin this sport?
He took up shooting Para sport in 2003.
Why this sport?
When he made preparations to enter Yong In University where he planed to study special education studies, he was introduced to shooting Para sport athlete by a professor. As he needed results of national and international competitions as university entry requirements he participated in the 2006 national team selection trials. After he won medals at the 2006 Asian Para Games in Doha, Qatar, he decided to focus on his sporting without entering university.
Club / Team
Gwangju Metropolitan City Hall: Korea

In 2010 he received the Cheongryong Medal, the highest Order of Sport Merit in the Republic of Korea. (yonhapnews.co.kr, 10 Feb 2010)
Ambitions
To become a coach after retiring from the sport. (segye.com, 14 May 2018)
Impairment
He was involved in a traffic accident in 2001, which resulted in an impairment to his lower limbs. (donga.com, 24 Dec 2008)
Other information
SOCIAL CONTRIBUTION
He founded the 'Lee Jiseok Special Award' to aid youth Para athletes. It is awarded to two outstanding athletes at the National Youth Para Games in Republic of Korea. (donga.com, 30 Oct 2008; VIVA TV YouTube channel, 12 Nov 2020; egn.kr, 13 May 2013)