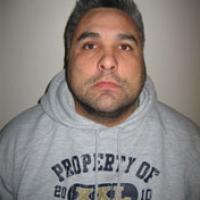 When and where did you begin this sport?
He began sit-skiing in 1989.
Name of coach
Kevin Jardine [national]
Coach from which country?
United States

Nicknames
Joe (juneauempire.com, 09 Feb 2012)
Injuries
He was injured in training the day before the downhill event at the 2014 Paralympic Winter Games in Sochi. He broke his hip, femur and rib in the accident, and was unable to compete at the Games. (juneauempire.com, 13 Mar 2014)

He broke his nose in a training run at the 2012 Europa Cup in Tignes, France. He went on to compete despite the injury, and won a silver medal on day two of the event. (juneauempire.com, 09 Feb 2012)
Sporting philosophy / motto
"If you're not on the edge, you're not living." (webspawner.com, 28 jan 2013)
Impairment
In 1988 he was involved in a car accident with three friends. Their car hit a tree and his spine was broken, resulting in the loss of the use of his legs. One of his friends died in the accident, while another broke his neck. (jeneauempire.com, 04 June 1999)
Other information
RETIREMENT AND COMEBACK
He took two years off from skiing after the 2010 Paralympic Winter Games in Vancouver because the physical demands on his body and finding the time to train were taking their toll. "I needed to give my shoulders a rest, and let my body heal and see if I wanted to continue racing." His other commitments as a high school and little league baseball coach filled the summer and spring months and his snow plough business took up time in winter. Before the 2011/12 season he received a call from US head coach Kevin Jardine, who said he was welcome back on the team. Tompkins took a few days to consult with his family and son, before accepting and returning to the sport. (juneauempire.com, 09 Feb 2012)

BASEBALL
He is a former baseball player, and since then has become a coach. He believes he could have made a career in baseball were it not for bad choices as a youngster. "Honestly, I think I could have gone somewhere in baseball. But drugs and alcohol got in the way. If I had a coach or someone to help direct me I could have avoided it. Now, I coach and show kids that you set goals and achieve them; you don't need the drugs and alcohol." (juneauempire.com, 09 Feb 2012, thecarrollnews.com, 22 Nov 2013)