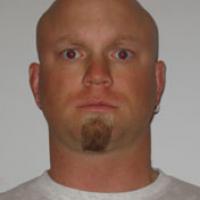 When and where did you begin this sport?
He took up skiing in 2008, and began competing in 2009.
Why this sport?
His parents encouraged him to take up the sport as an aid to overcome the post-traumatic stress disorder [PTSD] he experienced when he left the army. Before skiing he was on 15 different types of medication, and starting the sport helped him reduce that number.
Club / Team
Aspen Valley Ski and Snowboard Club : United States
Name of coach
Kevin Jardine [national]
Coach from which country?
United States

Nicknames
H-Train (Facebook profile, 24 Jan 2014)
Most influential person in career
His parents. (thehuntforgold.us, 11 Jan 2014)
Hero / Idol
US American footballer Peyton Manning. (westword.com, 07 Feb 2014)
Injuries
In 2012 he fractured his T9 vertebra in a crash during a race in New Hampshire, United States. (westword.com, 21 Mar 2013)
Sporting philosophy / motto
"Train like you're the worst skier in the world and race like a champion." (americanhomecomings.com, 04 May 2012)
Ambitions
To compete at the 2014 Paralympic Winter Games in Sochi, and inspire people with an impairment to begin playing sport. (americanhomecomings.com, 04 May 2012)
Impairment
He was injured in Iraq while serving in the US Army. "In June 2005 during my third Iraq combat deployment in as many years, I was injured by a roadside blast that left me with a severe traumatic brain injury." He is affected by paralysis in his left leg and has a visual impairment. (americanhomecomings.com, 04 May 2012)
Other information
DEPRESSION
He experienced post-traumatic stress disorder [PTSD] when he returned home after serving in the US Army in Iraq. "I felt small and severely depressed. Night after night, I lay in the dark remembering all my buddies that didn't come home. I felt guilty when I saw the families of my buddies who were killed in Iraq and looked into the eyes of their widows and now fatherless children. [At the time] I wished that I had died in Iraq rather than face the difficulties of my situation." (americanhomecomings.com, 04 May 2012)