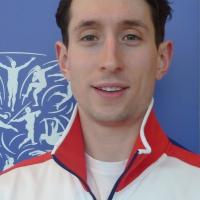 When and where did you begin this sport?
He took up the sport in 2012.
Why this sport?
He used to play basketball and he thought athletics could help him improve his jump shots. "I found out I was pretty good at it, joined Loughborough Athletics Club [in England] for a year and got a silver medal at the British Universities and College Sports Athletics Championships."
Club / Team
Newham & Essex Beagles: England
Name of coach
Graham Ravenscroft [personal]; Aston Moore

Hero / Idol
US basketball players Michael Jordan and Kobe Bryant, British high jumper Robbie Grabarz. (bbc.co.uk, 31 Dec 2013)
Injuries
In April 2018 he ruptured the Achilles tendon in his left leg and was out of competition for 18 months. (dlzdesign.createsend.com, 01 Nov 2019; jonathanbroomedwards.co.uk, 19 May 2018)
Superstitions / Rituals / Beliefs
He watches the movies 'Coach Carter' and '300' before major competitions. (telegraph.co.uk, 19 Jul 2017)
Sporting philosophy / motto
"One of the things I have had to learn is to accept the impairment. I won't be as able as other high jumpers and can never get to that level because I can't strengthen up enough. I have to accept that and push as hard as I can." (bbc.co.uk, 31 Dec 2013)
Other sports
He represented England at a European indoor able-bodied athletics competition in 2016 in Linz, Austria. He also played able-bodied basketball while attending Loughborough University in England. (englandathletics.org, 15 Feb 2016; bbc.co.uk, 31 Dec 2013)
Ambitions
To compete at the 2020 Paralympic Games in Tokyo. (jonathanbroomedwards.co.uk, 29 Jan 2020)
Impairment
He has congenital talipes equinovarus, more commonly known as club foot. The condition affects his left foot. He also has issues with his right foot, an unstable right knee, and muscular imbalance throughout his body. (bbc.co.uk, 31 Dec 2013)
Other information
MENTAL HEALTH
He has struggled with stress and anxiety ahead of competitions, which he says has affected his sporting performances. After experiencing negative thoughts following surgery on his Achilles tendon in April 2018, he revealed that he had started meditating as a way of keeping himself calm. "I have worked daily to control my thoughts and feelings, improve my focus in and out of competition and most importantly to remain present in the moment. I felt elements of fear and anxiety about competing which certainly didn't enhance my performance in these competitions. Being aware of these thoughts and accepting them for what they are, as just thoughts, is a skill I'm working hard on. No matter how turbulent your mind can feel, there is a place of stillness beyond it all." (jonathanbroomedwards.co.uk, 19 May 2018)

OCCUPATION
He runs his own diagnostic therapy business in Loughborough, England, and works as a soft tissue therapist. He is also a motivational speaker. (LinkedIn profile, 05 Mar 2021)

OTHER ACTIVITIES
He has served as an ambassador for Inspire Plus, a charity in Great Britain that supports young people in sport. (LinkedIn profile, 05 Mar 2021)

FURTHER EDUCATION
In 2014 he gained a diploma in sports massage from Loughborough College in England. (LinkedIn profile, 05 Mar 2021)