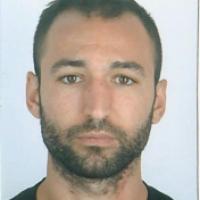 When and where did you begin this sport?
He took up Para sport in Salon-de-Provence, France.
Why this sport?
He was inspired by watching a person in a wheelchair practising sport. "I told to myself, why not me? Sport has given me a goal, an objective. And it also changes the way people look at us. An impaired person who practises sport doesn't get that pity look anymore. It's the easiest and fastest way to show everybody that we're there and we're doing ok."

Sporting philosophy / motto
"No hands, no excuses, no problems." (tignes.net, 15 Sep 2017)
Other sports
He competed in swimming, athletics and rowing at the 2016 Invictus Games in Orlando, FL, United States of America. (forcesoperations.com, 09 May 2016)
Ambitions
To compete in taekwondo at the 2020 Paralympic Games in Tokyo, and in Para snowboard at the 2022 Paralympic Winter Games in Beijing. (laprovence.com, 17 Mar 2018)
Impairment
In October 2013 he lost both of his hands in a grenade explosion while serving with the French Air Force in Djibouti. Also, one of his feet cannot be maintained on a 90 degrees angle. (defense.gouv.fr, 11 May 2016; francetvsport.fr, 26 Apr 2016; laprovence.com, 17 Mar 2018)