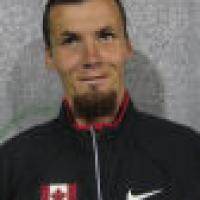 Residence
Ottawa, ON, CAN
Languages
English

When and where did you begin this sport?
He began running as an after school activity.

Nicknames
Jon (Facebook profile, 31 Dec 2016)
Famous relatives
His older brother Jason has represented Canada in para-athletics. He won gold in the T11 5000m at the 2015 Parapan American Games in Toronto, ON, Canada. (SportsDeskOnline, 07 Oct 2015; paralympic.ca, 14 Sep 2015)
Impairment
He and his brothers Jason and Chris all grew up with Leber's congenital amaurosis [LCA]. The rare inherited eye condition typically affects the retina's ability to detect light and colour. (pressreader.com, 10 Aug 2015)
Other information
RETIREMENT
He retired from competitive athletics in 2016. (alivetostrive.ca, 01 Apr 2016)

FROM NORTHERN IRELAND TO CANADA
Born in Northern Ireland, he and other members of his family moved to Hamilton, ON, Canada, after his mother remarried. (athletescan.com, 24 Feb 2010)