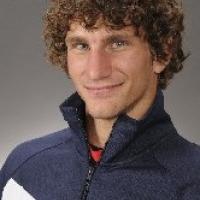 When and where did you begin this sport?
He first tried the sport at age seven. He started Para marathon in 2002.
Why this sport?
"I've always loved moving fast. I loved feeling the wind in my face. Racing gave me the opportunity to see how fast I could go."

Nicknames
Josh (Twitter profile, 18 Mar 2020)
Hobbies
Writing, reading, table tennis, watching movies, watching sports, cooking. (teamusa.org, 01 Jul 2019; forbes.com, 17 Oct 2019)
Hero / Idol
US wheelchair basketball player Paul Ward, US basketball player Tim Duncan, Swiss tennis player Roger Federer, US Para athlete Krige Schabort, US athlete Allyson Felix, US tennis players Serena and Venus Williams. (uiuc.edu, 23 Jul 2007; teamusa.org, 01 Jul 2019; forbes.com, 17 Oct 2019)
Sporting philosophy / motto
"There is no such thing as a life without adversity. No goal is reached without struggle." (apbspeakers.com, 01 Jan 2019)
Awards and honours
He received the Arete Honors for Courage in Sports Award in 2008. The award highlights athletes who have not only succeeded, but also exemplified courage while overcoming challenges on their way to excelling in sports and life. (joshgeorgeracing.com, 05 Oct 2010; US Paralympics, 20 Aug 2008)
Other sports
He represented the United States of America in wheelchair basketball at the 2006 World Championships in Amsterdam, Netherlands, and won gold at the 2007 Parapan American Games in Rio de Janeiro, Brazil. (SportsDeskOnline, 31 Mar 2015; rio2016.com, 02 Jan 2015)
Impairment
He was playing alone in his bedroom at age four and fell from the 12th-storey window. His doctors deemed him to be a living miracle when they realised he was going to survive. He has limited trunk control and no movement in his legs. (uiaa.org, 13 Dec 2010; chicagoinno.streetwise.co, 04 Aug 2016)
Other information
BBQ BUSINESS
In 2016 he co-founded a catering company with his brother Jeremy. They opened a restaurant in Poway, CA, United States of America, in late 2019. "Jeremy is actually the brains and culinary expertise behind Smokin J's and he's the person who first turned me on to just how good slow-smoked BBQ could truly be. I never thought much of the cuisine growing up. My parents are from the north east [United States of America], and growing up, BBQ was not a sought after delicacy in our home. My brother went to college in St. Louis and would spend the odd weekend in Kansas City. It was there that he learned exactly how good real BBQ truly was. My new favourite hobby is watching the emotions change on the faces of our customers after they bite into a succulent piece of brisket that my brother just babied in a smoker." (forbes.com, 17 Oct 2019; sdvoyager.com, 15 Jun 2020)