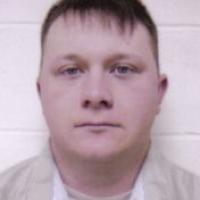 When and where did you begin this sport?
After his accident in 2003 he spent 18 months rehabilitating. Once he left hospital, he was assigned to the Army Marksmanship Unit at Fort Benning, GA, United States, where he serves as an instructor and began his para-shooting career in 2005.
Why this sport?
"One of the activities we did in rehab was go sport clay shooting, and I took a real liking to it. The Army Marksmanship Unit had called and asked if there were any wounded vets that wanted to stay on active duty and possibly compete at the Olympic or Paralympic Games and I jumped at the opportunity.I wanted to show other veterans with an impairment that there is life after injury and there is healing through sport."
Club / Team
US Army Marksmanship Unit: Fort Benning, GA, USA
Name of coach
Bob Foth [national], USA; Armando Ayala [club], USA

INSTRUCTOR
He serves as an instructor at the Army Marksmanship Unit at Fort Benning, GA, United States. Competing for the unit as an elite shooter gives him a sense of duty and training new recruits allows him to feel as if he is still contributing. "When I found out I could do this, I was like, 'Yeah, absolutely, let's do it.' You can't be in the fight, but you have the opportunity to help soldiers who are going to fight. So I'm still contributing, just in a different way. I can't represent the US as a deployed soldier, but now I represent them on a whole new battlefield - the athletic field." (teamusa.org, 27 May 2013; army.mil, 01 Dec 2009, wtc.armylive.dodlive.mil, 16 Apr 2014)

RETURN TO IRAQ
After being part of the initial invasion force in 2003, he returned to Iraq in 2009 as part of the 'Operation Proper Exit' programme. The initiative was designed to offer him and seven other veterans with impairments and injuries the chance to return to honour fallen comrades and heal psychological wounds. "I have a lot of friends who didn't come home, a lot of friends who've been wounded. Sometimes I wake up from a bad dream and think, 'Was it all worth it?' For closure, I needed to go back and finish what I started, to leave on my feet and not on my back." (army.mil, 01 Dec 2009)

THE 'OLSON DESIGN'
While undergoing rehabilitation at Walter Reed Army Medical Center [WRAMC] in Alexandria, VA, United States in January 2004, he was instrumental in helping to create a vacuum socket for individuals with hip disarticulation. The socket was coined the 'Olson Design'. (usparalympics.org, 13 Jun 2011)