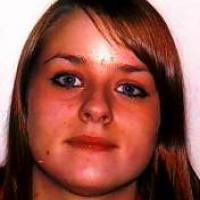 When and where did you begin this sport?
She began handcycling in 2015.
Why this sport?
Having previously competed in wheelchair rugby and para-athletics, she switched to handcycling after her event [F51 discus] was removed from the Paralympic programme ahead of the 2016 Games in Rio de Janeiro.
Name of coach
Jon Norfolk [national]

Hobbies
Shopping, going to the cinema, watching television, spending time with friends. (herefordshirelife.co.uk, 17 Jan 2013)
Memorable sporting achievement
Winning gold in discus at the 2012 Paralympic Games in London. (herefordshirelife.co.uk, 17 Jan 2013)
Hero / Idol
British para-dressage rider Lee Pearson. (Athlete, 09 Dec 2010)
Injuries
In early 2012 she was diagnosed with a cyst on her spine and ordered by doctors to stop racing. This led to her taking up the discus. (telegraph.co.uk, 07 Sep 2012)
Sporting philosophy / motto
"You've got to want it. If you don't want it, then you're not going to put the extra training in and you're not going to get up that bit earlier. Those are the things you need to do if you want to be successful in sport." (bbc.co.uk, 14 Dec 2010)
Awards and honours
She was named Member of the Most Excellent Order of the British Empire [MBE] in the 2013 New Year's Honours list. (herefordshirelife.co.uk, 17 Jan 2013)

She won the 2009 Pride of Herefordshire award in England. (herefordshirepartnership.com, 14 Dec 2010)
Other sports
She represented Great Britain in wheelchair rugby at the 2008 Paralympic Games in Beijing. She has also competed in para-athletics and won gold in the F51 discus at the 2012 Games in London. (britishcycling.org.uk, 14 Apr 2015; Athlete, 09 Dec 2010)
Impairment
In 2003 at age 17, she was involved in a road traffic accident that resulted in tetraplegia. The accident also caused the death of her boyfriend. She experienced a high spinal break, but still has movement in her triceps, arms and some use of her hands. "I was right-handed and had to learn to be left-handed." (Athlete, 09 Dec 2010; telegraph.co.uk, 11 Jun 2008)
Other information
SPORTS SWITCH
Having previously competed in wheelchair rugby and para-athletics, she took up handcycling through British Cycling’s Paralympic Podium Programme in 2015. She made the decision after the F51 discus [in which she won gold at the 2012 Paralympic Games in London] was dropped from the schedule at the 2016 Games in Rio de Janeiro. "I train to win and that's what British Cycling is about. They select their athletes by gold medals, not by if they're going to place. I think we’re on the same page in that respect. I'm under no illusion that this is going to be an easy ride. I've given myself quite a challenge but I'm going to give it my best shot." (britishcycling.org.uk, 14 Apr 2015; walesonline.co.uk, 13 Apr 2015)

BENEFIT OF SPORT
After her accident she was inspired by the 2004 Paralympic Games in Athens and dreamed of competing at Paralympic level. She was a keen horse rider before her accident and saw sport as a way to regain parts of her life that she thought had been lost. "I got such an adrenaline rush from riding that I thought it would be impossible to find that in another sport. Sport has given me back my independence, which you think you're never going to get when you're lying in hospital." (guardian.co.uk, 03 Sep 2008; telegraph.co.uk, 11 Jun 2008)

WHEELCHAIR RUGBY FIRST
She became the first woman to represent Great Britain in wheelchair rugby at the Paralympic Games when she competed at the 2008 Games in Beijing. (bbc.co.uk, 03 Jun 2008)

OTHER ACTIVITIES
She has served as a patron for the Herefordshire branch of Riding for the Disabled [RDA] in England. (herefordtimes.com, 28 Mar 2013)