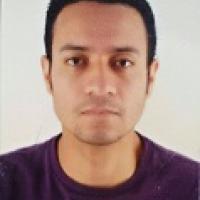 Impairment
He was involved in a car accident in December 2006 that resulted in spinal cord injuries. (worldcrunch.com, 23 Jun 2014; g1.globo.com, 13 Jun 2014)
Other information
WORLD CUP KICK OFF
He was part of the opening ceremony at the 2014 World Cup in Brazil, organised by the International Federation of Association Football [FIFA]. He wore an exoskeleton that he was able to control with his mind, and took a symbolic kick during the show. "In the Corinthians Arena [in Sao Paulo, Brazil], two of my dreams came true - to see the World Cup kick off and to walk again." (worldcrunch.com, 23 Jun 2014; g1.globo.com, 13 Jun 2014)