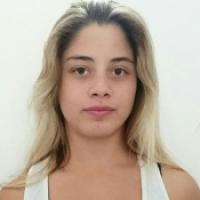 When and where did you begin this sport?
She took up the sport in 2014.
Why this sport?
A physiotherapist suggested she take up the sport for rehabilitation.
Club / Team
Mar del Plata: Argentina
Name of coach
Sofia Cadona [national]; Miguel Alvarez [national]

Awards and honours
She has been given a Sports Merit Medal by the Advisory Council of the Municipal Institute of Sports and Recreation [EMDER] in Argentina. (laopiniondebatan.com.ar, 16 Mar 2016)
Ambitions
To compete at the 2020 Paralympic Games in Tokyo. (cooperativabatan.com.arm, 12 Dec 2015)
Other information
NATIONAL FIRST
She became the first female Para powerlifter to represent Argentina at the Parapan American Games when she competed at the 2015 Games in Toronto, ON, Canada. (results.toronto2015.org, 08 Aug 2015)