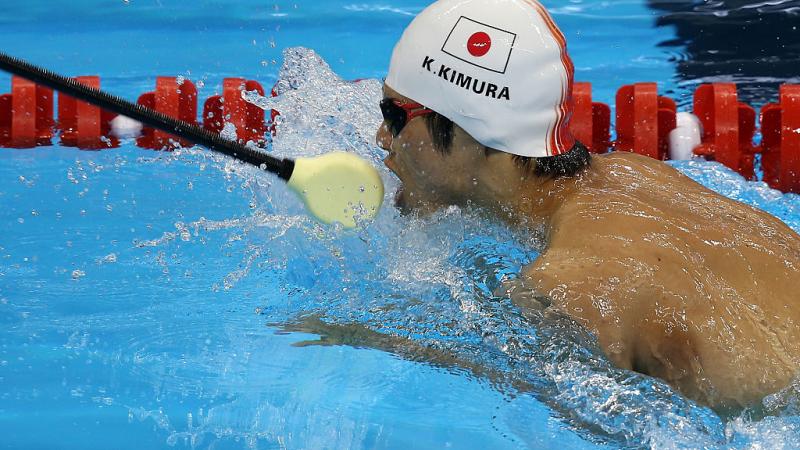 Keichi Kimura has an important long-term goal in mind.

The visually impaired Para swimmer wants to compete at his home Paralympic Games in Tokyo in 2020.

He may achieve his goal and Japan will be hoping that he can replicate the gold-medal winning success that started for Kimura in 2015.

Having competed at both Beijing 2008 and London 2012, securing silver in the 100m breaststroke S11 at the latter, in 2013 Kimura won his first world titles.

He mirrored that performance at the 2015 IPC Swimming World Championships, retaining his form in the year before the Rio 2016 Paralympic Games.

His biggest rival is also his hero. The USA’s Bradley Snyder has emerged as the man to beat in the men’s S11 and Kimura credits the American with being his inspiration.

Despite being in his mid-20s, Kimura already has a huge amount of competition experience.

At Rio 2016 he used that experience to his advantage. Whilst he did not beat Snyder, he still left with four medals to show he still amongst the world's best in one of the most competitive classifications.

He began swimming at the age of 10, having lost his sight at two-years-old due to a retinal condition.

When and where did you begin this sport?
He began swimming at age 10.
Why this sport?
His mother encouraged him to take up the sport.
Club / Team
Tokyo Gas: Japan
Name of coach
Brian Loeffler [personal], USA, from 2018

Nicknames
Kimu, Keichi (parasapo.tokyo, 26 Oct 2018)
Hobbies
Shogi [Japanese chess]. (Athlete, 11 Sep 2019)
Memorable sporting achievement
Winning silver in the SB11 100m breaststroke and bronze in the S11 100m butterfly at the 2012 Paralympic Games in London. (tokyo2020.org, 03 Sep 2020)
Most influential person in career
Japanese Para swimmer Junichi Kawai. (Athlete, 11 Sep 2019, 12 Jul 2015)
Hero / Idol
US Para swimmer Bradley Snyder. (Athlete, 11 Sep 2019)
Awards and honours
In 2017 he was given a Prize for Encouragement at the 11th Hanawa Hokiichi Awards in Saitama Prefecture, Japan. The awards are named after a Japanese scholar who was a Buddhist monk and had a vision impairment. (pref.saitama.lg.jp, 16 Dec 2017)

He was flag bearer for Japan at the opening ceremony of the 2012 Paralympic Games in London. (asahi.com, 06 Sep 2012)
Ambitions
To win gold in the 100m butterfly at the 2020 Paralympic Games in Tokyo. (tokyo2020.org, 03 Sep 2020)
Impairment
He lost his vision at age two due to a condition called proliferative vitreoretinopathy, which develops as a complication of retinal detachment. (Athlete, 12 Jul 2015; ninomiyasports.com, 10 Jul 2012)
Other information
MOVE TO USA
In 2018 he moved to the United States of America to work with coach Brian Loeffler. The pair were introduced by US Para swimmer Bradley Snyder, who has also been coached by Loeffler. In addition, Kimura spent time studying English at the English Language Institute of Notre Dame of Maryland University in Baltimore, Maryland. "When the 2016 Paralympic Games was over, I thought to myself, 'I won't be able to win a gold medal unless I carry on doing what I've been doing or work even harder'. During my time in the US, I kept experiencing things that didn't go as planned and issues caused by language barriers, but I somehow managed to work things out in the end. I realised that I could overcome adversities. It is this experience that helped me become more self-assured, and this mindset was also reflected in my swimming." (tokyo2020.org, 03 Sep 2020; tokyo-gas-2020.jp, 2019; ndm.edu, 08 Oct 2018; Tokyo Gas YouTube Channel, 18 Oct 2018)

OTHER ACTIVITIES
He has worked as an executive director of the Japanese Paralympic Committee. (keiichikimura.com, 04 Aug 2015) 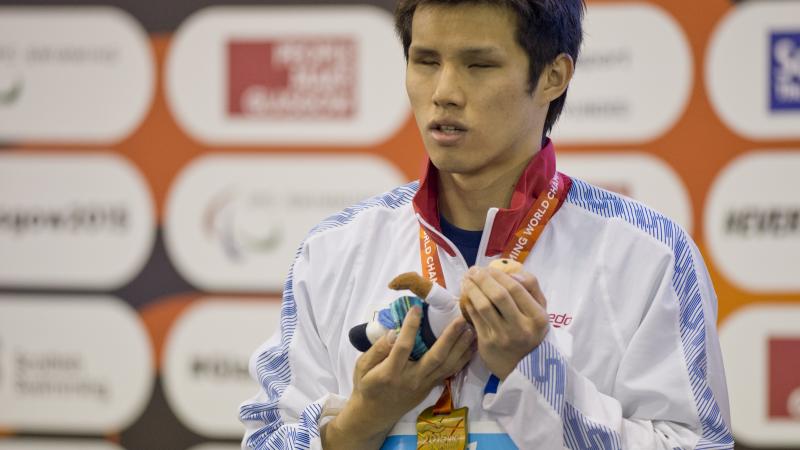