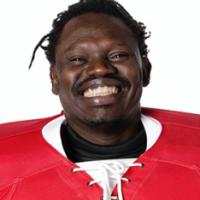 When and where did you begin this sport?
He took up the sport in 2009 in Oslo, Norway.
Why this sport?
He began playing Para ice hockey because there was not a wheelchair basketball club in Oslo, Norway. "I wanted to stay fit and love competition."
Club / Team
Valerenga Ishockey: Oslo, NOR
Name of coach
Espen Hegde [national], NOR
Preferred position / style / stance / technique
Goaltender

Memorable sporting achievement
Winning bronze at the 2010 Paralympic Winter Games in Vancouver. (Athlete, 06 Mar 2018)
Most influential person in career
His mother. (blog.wellspect.com, 23 Dec 2016)
Hero / Idol
Norwegian Para ice hockey player Kjell Christian Hamar. (Athlete, 06 Mar 2018)
Injuries
He developed a pressure ulcer while returning home from the 2010 Paralympic Winter Games in Vancouver. Due to disagreements between two hospitals, he had to wait three years before he was operated on. He was discharged from hospital in December 2013. (blog.wellspect.com, 23 Dec 2016)
Other sports
Prior to his accident he played basketball at national junior level in Egypt. (blog.wellspect.com, 15 Dec 2016)
Ambitions
To win a medal at the 2018 Paralympic Winter Games in Pyeongchang. (vg.no, 26 Jun 2017)
Impairment
He has paraplegia as the result of an accident that occurred while he was living in Egypt at age 16. He was playing basketball on the rooftop of a church when he lost his footing and fell from a height of 18 metres. It took 12 days for him to be seen by a doctor and the surgery he underwent to regain the use of his legs was unsuccessful. (Athlete, 06 Mar 2018; blog.wellspect.com, 15 Dec 2016)
Other information
FROM SUDAN TO NORWAY
Born in Sudan, he fled to Egypt with his family at age nine to escape the civil war. After his accident his mother contacted a number of organisations in the hope of getting medical treatment for him, and discovered a hospital in the United States of America that was willing to provide him with treatment and correct the errors of his initial surgery. The day before he was due to travel, he was contacted by the United Nations and offered the chance to move to Norway. He and his family relocated to Brottum and he spent five months at Sunnaas Rehabilitation Hospital, where he learned skills such as how to use a wheelchair and how to dress himself. "In Norway you have a future as a disabled person. I learned quickly that I can live a normal life here and do all the things I want to. I get the medical care and all the medical equipment I need without having to worry. People also treat me with the same kind of respect they would have if I didn't sit in a wheelchair. These are things we take for granted here in Norway, but I appreciate it deeply." (blog.wellspect.com, 23 Dec 2016, 15 Dec 2016)