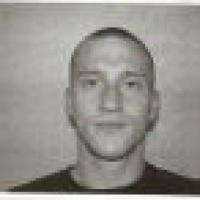 When and where did you begin this sport?
He received his first racing chair in November 2004. After an injury-plagued two years, he started training in November 2006.
Why this sport?
While he was undergoing rehabilitation at the Wascana Rehab Centre he was visited by local Paralympian Clayton Gerein. After hearing Gerein talk about wheelchair racing he immediately wanted to try the sport.
Club / Team
Cyclones Road & Track: Saskatoon, SK, CAN
Name of coach
Rick Reelie
Coach from what year?
2006

Injuries
In 2010 he suffered a broken femur and could not train for two months. He was still able to qualify for the 2011 World Championships after just a month back in his chair.(cyclonesroadandtrack.com, 27 Jan 2011)

A chronic infection mixed with some overtraining hampered him for the first couple of months of 2008. (cyclonesroadandtrack.com, 02 Dec 2010)

He acquired a pressure sore soon after receiving his first racing chair in November 2004. The injury sidelined him for 18 months and he underwent some experimental treatment and surgery to fix the problem. (cyclonesroadandtrack.com, 02 Dec 2010)
Other information
ACCIDENT
In 2003 he was involved in a single vehicle rollover that left him with paraplegia from the waist down. (cyclonesroadandtrack.com, 02 Dec 2010)