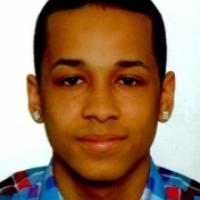 When and where did you begin this sport?
He took up Para athletics in 2011 in Bremen, Germany.
Why this sport?
"I've always done a lot of sport. I started with table tennis in primary school. I also played tennis with friends in holiday camps. When I moved to Bremen, when I was in third grade, football and handball were added." Following the amputation of his leg, he was given a pamphlet about Para sports. He met German Para athlete Markus Rehm when he was in hospital, and they spent a weekend together, after which he was inspired to get involved in Para athletics.
Club / Team
TSV Bayer 04 Leverkusen: Germany
Name of coach
Karl-Heinz Due [club, national], GER
Training Regime
He trains eight times a week.

Most influential person in career
German Para athlete Heinrich Popow. (Athlete, 18 Jul 2017)
Hero / Idol
German Para athletes Heinrich Popow and Markus Rehm. (sportstiftung-nrw.de, 01 Mar 2015)
Injuries
He suffered a cruciate ligament rupture in his knee in 2018 and missed the 2018 European Championships in Berlin, Germany. (teamdeutschland-paralympics.de, 01 Jul 2019)
Awards and honours
He was named the 2019 Para Athlete of the Year at the Felix Awards for athletes in North Rhine-Westphalia, Germany (1.wdr.de, 13 Dec 2019)

In 2019 he was named the German Sports Aid Foundation [Deutsche Sporthilfe] Male Junior Para Sportperson of the Year. (dbs-npc.de, 24 Oct 2019)

He was named the 2017 Junior Athlete of the Year by the National Paralympic Committee of Germany. (dbs-npc.de, 25 Nov 2017)

He was named the 2014 Newcomer of the Year at the Felix Awards in Dortmund, Germany. (ksta.de, 12 Dec 2014)
Ambitions
To compete at the 2020 Paralympic Games in Tokyo. (leichtathletik.de, 24 Apr 2017)
Impairment
At age 12 he was diagnosed with bone cancer. In 2010 his right leg had to be amputated in order to save his life. (Athlete, 18 Jul 2017; radiobremen.de, 03 Mar 2016)
Other information
FOOTBALL AND ATHLETICS
He was an aspiring footballer as a child and dreamed of becoming a professional player. "I learned a lot about team spirit in football. The team is everything, you learn to deal with success, defeat and the importance of working together. I love to feel this support and motivation around me. In athletics I learned to trust myself even more and to believe that I can do anything. I have developed a strong will, positive ambition and even more passion. Both sports have shaped me a lot and make me what I am today - an athlete with specific goals and the desire to show all athletes out there that they can do it, regardless of their physical abilities." (focus.de, 30 Dec 2019)

MAKING A WISH
At age 12 he injured himself ice skating, and thought that the bump on his leg would disappear. When it did not, he went to a doctor and they diagnosed a malignant tumour. Doctors tried to save his leg with a number of operations, but when that failed they had to amputate it. "Soon after my operation, I saw a pamphlet advertising Para sports. I put it aside and quickly forgot it. But some time later, at the end of my chemotherapy, I was told that every child in the hospital in Bremen was given one wish. The pamphlet came back to my mind because I had been thinking about sport and my future. I told them my wish was to meet a Para athlete with a prosthesis. I went to Leverkusen with my mum for a weekend and watched Markus Rehm training. That was enough to motivate me and made me incredibly keen to start with athletics." (focus.de, 30 Dec 2019)