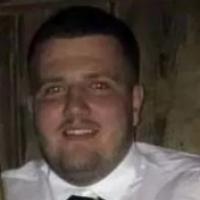 When and where did you begin this sport?
While at the Spinal Treatment Centre in Salisbury, England, he learned about the 2018 Inter Spinal Unit Games in Stoke Mandeville, England. He competed at the event in tennis, table tennis, pool, swimming, and archery, and after a powerlifter pulled out of the competition, he stepped in and won a gold medal. "My background in rugby meant that I felt comfortable around heavy weights. So I gave it a go and just went for it, and ended up winning! After the competition a coach handed me their card and asked if I'd consider joining a Para powerlifting squad."
Why this sport?
"I started attending development camps and discovered this was a sport that fuelled me. It's a challenge, and I'm good at it. Being competitive runs in my blood and I love the buzz. Being on the platform, feeling the power of the weights – it gets addictive! People started to notice me as a powerlifter, rather than for having a spinal injury, and that felt amazing."
Name of coach
Tom Whittaker [national, personal]
Training Regime
He trains six days a week, splitting his time between Crayford Weights and Fitness gym in Dartford, England, and Loughborough University in England.

Memorable sporting achievement
Winning a silver medal and setting a British record at the 2021 World Cup in Manchester, England. "It was one of the toughest times of my life because a few weeks before the competition my nan had passed away from COVID-19. She was someone that everyone knew was quite influential in both my everyday life and my sporting life." (parasport.org, 27 Aug 2021)
Ambitions
To compete at the 2024 Paralympic Games in Paris. (bournemouth.ac.uk, 17 Feb 2020)
Impairment
In 2017 he was diagnosed with transverse myelitis [inflammation of the spinal cord]. (wheelpower.org.uk, 23 Jun 2021; Instagram profile, 01 Jan 2021)
Other information
DIAGNOSIS
In 2017, at the end of his first year at Bournemouth University in England, he was on the bus to a student summer ball when he was suddenly unable to move his legs. He collapsed and was taken to Poole Hospital. He was later diagnosed with transverse myelitis, with the condition thought to be linked to a prior rugby injury. "Throughout the day my legs had kept giving way which I thought was weird but I put it down to being dehydrated. [The complete loss of movement] was instant. When I tried to stand I just collapsed to the floor, I tried to drag myself along the floor as I called to the driver. [While in treatment] I spent many a day talking to the advisors and passing time in between rehab work. They helped me to see my injury differently, not as the end of the road but instead as the most rewarding challenge I was ever going to embark on." (wheelpower.org.uk, 23 Jun 2021; Bournemouth University YouTube channel, 17 Feb 2020; mirror.co.uk, 22 Jun 2017)