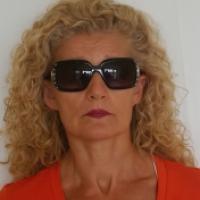 When and where did you begin this sport?
She began training for Para athletics following the 1984 Paralympic Games, where she competed in goalball.
Why this sport?
"I come from a family of athletes, and had I not been blind, I would have been in the Olympics. It's just a natural extension of who I was meant to be. But as I grew up I was never encouraged to participate in gym class in school, I was always sent to the library. But a teacher in the 11th grade saw the potential in me and encouraged me to start practising volleyball and other sports. That sparked my dream of being a professional athlete."

In 2003, 2004 and 2005 she was named one of the 20 most influential women in sport by the Canadian Association for the Advancement of Women in Sport and Physical Activity [CAAWS]. (paralympic.ca, 2017)

In 2005 she was presented with the AthleteCAN Leadership Award. (paralympic.ca, 2017)

In 2004 she received the Women of Distinction Award from CAAWS. (paralympic.ca, 2017)

In 1992 she was named Athlete of the Year in British Columbia, Canada. (paralympic.ca, 2017)
Other sports
She has represented Canada in goalball, and was a member of the Canadian women's team that won silver at the 1984 Paralympic Games. (paralympic.ca, 01 Jan 2017)
Ambitions
To compete at the 2020 Paralympic Games in Tokyo. (revistamascuba.com, 17 May 2019)
Impairment
She began losing her vision at age one due to the misdiagnosis of an illness. She was declared completely blind in 1990. "In my infancy a doctor misdiagnosed chicken pox as the flu and prescribed sulfa antibiotics. As a result I began suffering the effects of an allergic reaction [Steven Johnson syndrome] to the medication that caused hair growth underneath my eyelids. The hair scratched my corneas every time I blinked. Between 1988 and 1990 I underwent five corneal transplants and nine operations. I lost and gained my sight five times during that period. Still, due to body rejections of the cornea, infections, and perforations of cornea tissues, I gradually became blind." (Athlete, 11 Nov 2019; liloinspires.com, 22 Oct 2012; circle.adventist.org, 2008)
Other information
RETIREMENT AND RETURN
She retired from Para athletics in 2004, but returned to international competition after 13 years away from the sport. (Athlete, 11 Nov 2019; athletics.ca, 24 Aug 2019; Instagram profile, 10 Nov 2020)

OTHER ACTIVITIES
She served as chairperson of the International Paralympic Committee [IPC] Athletes' Council between 2002 and 2009. (liloinspires.com, 22 Oct 2012)