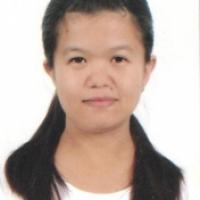 When and where did you begin this sport?
She took up athletics in 2013 in Astana, Kazakhstan.
Why this sport?
Her friend Diana introduced her to the sport and she enjoyed it.
Club / Team
Kaysar: Astana, KAZ
Name of coach
Viktor Trenkenshu, KAZ, from 2012; Lyubov Latyshenko, KAZ, from 2016